Who is Jon Voight's iconic daughter?

Jon Voight is Angelina Jolie's dad. He is known for his tumultuous relationship with his iconic daughter, and he has often been called a ruthless and thoughtless father.

Regarding Angelina Jolie, she was born in June 1975. She is an American actress, filmmaker, and humanitarian. She has received an Academy Award, two Screen Actors Guild Awards, and three Golden Globe Awards, and has been cited as Hollywood's highest-paid actress. Jolie made her screen debut as a child alongside her father in "Lookin' to Get Out" (1982). Her film career began in earnest a decade later with the low-budget production "Cyborg 2" (1993), followed by her first leading role in a major film, "Hackers" two years later. She starred in the critically acclaimed biographical cable films "George Wallace" (1997) and a year later "Gia", and won an Academy Award for Best Supporting Actress for her performance in the drama "Girl, Interrupted" (1999).

billyboy915
Kay Van Natta, Thanks so much for your narrow-minded opinions. It&#39;s so easy to pigeon-hole people and put them into limited little catergories in your neatly organized, judgemental, yet uninformed world. I think you need to reserve your judgement&#39;s for things you actually know something about. As to your nasty, dismissive description of her children, I&#39;ll bet you would bristle to hear someone describe your kids in such a manner. You apparently cannot embrace diversity. Shame on you. Your use of the slur, &quot;Muzzi&quot;, is offensive and says more about you than about her. Only the intolerant would stoop so low. As to seeing only one function in her life, that being solely for your entertainment, you again say more about yourself, in that you don&#39;t view others as fully fleshed out human beings with many interests. FYI: Angelina Jolie is much more than &quot;just an actress&quot;. Jolie previously represented the UNHCR, The Office of the United Nations High Commissioner for Regugees, also known as the UN Refugee Agency, as a goodwill ambassador from 2001-2012. She has worked tirelessly, carrying out more than 50 field missions and becoming an influential advocate on refugee and displacement matters. After years of dedicated service to UNHCR and the causes of refugees, she was appointed Special Envoy in April 2012. In her expanded role, she focuses on major crises that result in mass population displacements, undertaking advocacy and representing UNHCR and the High Commissioner at the diplomatic level. She also engages decision-makers on global displacement issues. Through this work, she has helped contribute to the vital process of finding solutions for people forced to flee their homes. Based on these facts, I believe that she is far more qualified to present political opinions than you are. The opinions you expressed are the equivalent of my telling you to be quiet and just be a good little housewife. It would be dismissive and wrong because I don&#39;t know much more about you than you apparently know about Ms. Jolie.

Pig Benis
wmcbhere, What a hateful thing to say. Her mother and grandmother both died from breast cancer and she has the gene known to be susceptible to it.

Stephen Farrelly
ICON - a person or thing regarded as a representative symbol or as worthy of veneration More of a PHILANTHROPIST - a person who seeks to promote the welfare of others, especially by the generous donation of money to good causes.

Anna Grimes
She is a good actress and mom.....I will give her that , however let us not forget she involved herself with a married man (Brad Pitt) whom I fault even more than her....I know some of you could care less but, I believe in marriage....as for ex-hubby Brad I think he chose poorly. Jennifer Anniston was a better choice.

vio&amp;I
She is iconic. A great humanitarian- very generous with her time and money. She has donated millions to various charities over the years. And adopted 3 children on top of all that. She is a beautiful person - inside and out! Nancy Tirk
I would have been much more interested in Jon Voight&#39;s life and career Suzanna Mattson
My Favorite with her is Gone in 60 seconds. dlh
Respect your Mother and Father.

smwhalen
Error. The screen keeps jumping. I didn&#39;t mean to hit it.

earlepg
Yesterday I was &quot;given&quot; a wrong answer before I could respond with the correct one - Jolie. The stylus was no where near &quot;Stewart&quot;. Nines instead of tens each day. Don&#39;t appreciate such &quot;help&quot;. 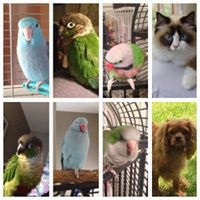 Gale Em
Whoever raised that self absorbed viper should be ashamed. Lisa Carena
billyboy......seriously? Get a job.

stellaclaude
Iconic: something that is characteristic of an icon. An image, emblem, idol or hero. So I think she qualifies. She is many people’s idol and she is a hero for all the good humanitarian work she does. Many are very judgemental about people they know nothing about.

Annie
Got it 👏
Author:
E11-Hitman
Writer