Michael "Ritz, Rizzo" Eruzione (born October 25, 1954) is an American former ice hockey player. He is best known as the captain of the 1980 Winter Olympics United States national team that defeated the Soviet Union in the famous "Miracle on Ice" game, in which he scored the game-winning goal.

American hockey came of age on February 22, 1980 when the young Americans took down the mighty Red Machine (4 goals to 3) from the USSR.

As the Soviets mounted a final charge, broadcaster Al Michaels delivered the most famous call in American sport: "Eleven seconds. You got ten seconds, the countdown going on right now. Five seconds left in the game! Do you believe in miracles? Yes!"

The building erupted and Craig was mobbed by his teammates. The Soviets waited quietly.

The US team went on to defeat Finland in the final game 4 goals to 2.

“It may just be the single most indelible moment in all of U.S. sports history,” said Sports Illustrated of Team USA's improbable gold medal run at the 1980 Winter Olympics. “One that sent an entire nation into a frenzy.”

Ken Walkley
Easy question if you are AN AMERICAN. One of the first things shown to the freed Iranian hostages was the video of this game. It also ought to be noted that the game started at five pm easter time, but was not broadcast until later that evening. When ABC&#39;s coverage started that evening, the town of Lake Placid was in a frenzy, and there was no way Jim McKay could hide the result from the TV audience. Personally, I sat in the kitchen of our house, listening to the AM radio news station for game updates. The last ten minutes of that game was incredibly tense, as Eruzione {whose last name means &quot;Eruption&quot;] scored the go ahead goal with exactly ten minutes to play. Jim Craig played the game of his life in goal, while his father watched. His mother had died within the last year or so from cancer. Her greatest desire was for Jim to play on that hockey team. After the game, Jim&#39;s father was pointed out to him in the stands. Jim was draped in a large American flag. Eruzione, as captain, was the one to represent the team on the winner&#39;s podium. He remembers being told to stand with pride and sing the National Anthem like a canary. Once the anthem was done, he called the other 19 members of the team on to the tiny podium, on which they all stood together. That was the last time they were all together until the Winter Olympics in Salt Lake City, where Eruzione would light the Olympic flame. Upon lighting the cauldron, he used the same &quot;get up here&quot; gesture with his arms and for only the first time since the Lake Placid Olympics, the entier team was together. Many of the team members playing in the NHL, including Jim Craig, who became the first goalie for the Atlanta Flames Eruzione chose to retire following the Olympics, never to play professionally, feeling that there was nothing that could top what he had accomplished in Lake Placid.. 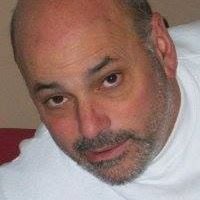 Gerald Masucci
I was there. Hanging from the rafters

jonbroberts
I remember exactly where I was. It was a Friday and the entire nation became hockey fans.

Richard G Schwartz
kwalkley what a memory you have Well Done!

John W Shreve
Richard Hoff, In New York there are two hockey teams. I tell them apart by knowing the Islanders are ice hockey because they play on ice which can surround an island, but the Rangers are field hockey because a field is soil. See how smart I am?

Richard D. Boyle
Easy for US sports fans. Maybe for no one else.

Carole Cottrell
Not a clue!

Richard Hoff
The Americans beat the Finns in the gold metal game,even though this seems insignificant to beating the Soviets in the semifinals. No true fan of the game calls it ice hockey
Author:
blkstang
Writer