Who once called France "Gaul" ?

The name "Gaul" is the name with which Germanic tribes called the territory today known as France. The name stems from the Germanic word *walhaz, "foreigners". Cognates of this words are "Wales", "Wallachia", "Wallonia" and "Cornwall", all meaning "foreigners' land".

The Romans called the country as Gallia. While the names "Gaul" and "Gallia" are superficially similar, they come from different stems (compare "Austria" and "Australia"). Name "Gallia" means literally "land of the roosters" in Latin, but it refers to Celts (gall). The Greeks call France even today as "Gallia". It is cognate to "Galatia", "land of the blondes" as the Celts were fair-haired compared to the darker complexion of the Mediterranean peoples.

The name "Gaul" superseded "Gallia" in the English language already in the Anglo-Saxon era, as did "Wales" supersede Latin "Cambria". The Jutes, Angles and Saxons were Germanic peoples themselves.

The name "France" refers to the tribe of Franks, who conquered Roman Gallia in the 5th century and founded their kingdom there.

Donald L Hersey
I disagree! France was originally called Gaul by the Romans who gave the name to the entire area where the Celtics lived. This was at the time of Julius Caesar&#39;s conquest of the area

Susanna Viljanen
Jhan Schmitz, No, they didn&#39;t. It was the Germanic tribes who called it Gaul. The Romans called it Gallia.

Susanna Viljanen
Bonnie , There is nothing to report. The Romans did not call modern day France as Gaul, they called it Gallia.

Susanna Viljanen
Glenda Waters, It was called Gallia by the Romans. Germanic tribes called it Gaul.

Mark G. Feeney
Bonnie , Reporting has zero impact. I have been doing it for years 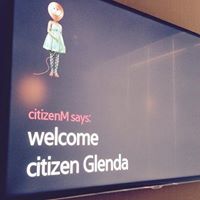 Bonnie
All of you need to report it, Nothing is ever done as long as you are fine with all the misinfomation and just accept it daily,. AND it is daily lately. REPORT IT, just as I do and at least try.

Susanna Viljanen
Rajnish Gautam, they called it Gallia, not Gaul.

Susanna Viljanen
Rajnish Gautam, They called it Gallia, not Gaul.

Susanna Viljanen
Neelanjan Roy, They called it Gallia, not Gaul.

Rajnish Gautam
Question is : Who once called, not referred. Roman&#39;s is right answer