The Man from U.N.C.L.E. is an American television series that was broadcast on NBC from September 22, 1964, to January 15, 1968. It followed secret agents, played by Robert Vaughn and David McCallum, who worked for a secret international counter espionage and law enforcement agency called U.N.C.L.E. Originally, co-creator Sam Rolfe wanted to leave the meaning of U.N.C.L.E. ambiguous so it could refer to either "Uncle Sam" or the United Nations. Concerns by the Metro-Goldwyn-Mayer legal department about using "U.N." for commercial purposes resulted in the producers' clarification that U.N.C.L.E. was an acronym for the United Network Command for Law and Enforcement. Each episode had an "acknowledgement" to the U.N.C.L.E. in the end titles. 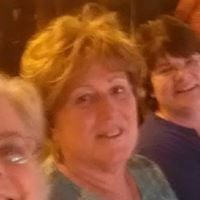 Melissa Grace Clark
Dennis Larson, Yes, and when Gibbs said that &quot;Duckie&quot; looked like Illya Kuryakin, when he was younger, it cracked me up. Dennis Larson
There even is a reference to this on NCIS when Sasha Alexander played &quot;Kate&quot;.

Boni Forte
He has aged gracefully

mlpruett
Robert Varner, ... Yes, but that would&#39;ve made the answer too obvious and would&#39;ve elicited much criticism and bellyaching! Linda Owensby
Melissa Grace Clark, one of my favorite lines from NCIS

Joanne Serin
Kathy Estes Brooks, So did my friends and I. My physics prof at UCLA, also British, looked so much like him that my friends and I sat in the front row. We paid attention and passed only because of that.

dsneed
Dan Ridgway, What is wrong with YOU? There is nothing wrong with tesla. He responds the way he likes. If he choses to elaborate he will. He has when he has had the desire. So back off buddy MYOB. Dianne

dsneed
I knew this. Here&#39;s a little extra trivia for you: David McCallum, his wife Jill Ireland and Charles Bronson were at a social gathering when Charles told McCallum that he, Bronson, would one day marry McCallum&#39;s wife. Eventually Jill Ireland McCallum became Jill Ireland Bronson, TRUE story!

cjmaxx
Melissa Grace Clark, me too! Kathy Estes Brooks
Had such a crush on him

Angel Attanasio
Loved him!!! I had a huge poster of him in my bedroom when I was ten!

Corey Taylor
100 years from now, no one will remember David McCallum as Ilya, only as Ducky.