Who plays the role of Lucious Lyon in the musical drama television series, Empire?

Empire is an American musical drama television series which debuted on Fox on January 7, 2015. Although filmed in Chicago, the show is based in New York and it centers on a hip hop music and entertainment company, Empire Entertainment, and the drama among the members of the founders' family as they fight for control of the company. The show was created by Lee Daniels and Danny Strong, and stars Terrence Howard and Taraji P. Henson.

Fred Zeb Fudpucker
Darlene Yarbrough, NOT if you don&#39;t watch because you never heard of the program! 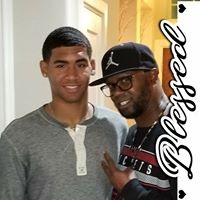 nuckles de
Kim, where are you from?

Charli Robinson
Darlene Yarbrough, ...Not everyone watches so no reason EVERONE should know that!!

docluci
Never saw this series, and needed a hint to ascertain the players

ninakamwene
Thank you majority vote for getting me 10/10 since I only knew 3.

Jas Newman
No mention of Jussie Smollett&#39;s role in tarnishing the show?

seamus512
Terence Tomes, Doesn&#39;t matter that big companies like DuPont shut down two profitable sites in favor of a Mexican and Chinese plant? Are you aware of how many scientists, engineers and technicians lose their jobs because of moves like that?

tdelisi
Marian Spitzig, I totally disagree. You are merely spouting old and tired impressions for those who have distaste for the new. TV has become incredibly cinematic in the past couple of decades. Serious writing and good character development is in abundance with actors now appreciating and coming to the format - over movies. Incredible TV series like The Wire, Hame of Thrones, Breaking Bad, Downton Abbey, The Last Kingdom, Cosmos, Missing, True Detective, and so many more. It is too simplistic to say that TV is not worth 10 seconds. Sounds like you just don’t appreciate the very good TV that does exist and that is fine too. But I am not jumping on your bandwagon. Yes, there is too much junk also around, but not all Art is for all people.

larrywagner
Not my kinda of tv. Come on tesla where are you.

Shelley Welch Dunivan
I watch a lot of documentaries and education shows, and for that I am thankful for TV and internet!