Who was Abraham Ortelius?

Abraham Ortelius was the famous and respected author of the first known modern atlas named Theatrum orbis terrarum, which is translated into English as “Theatre of the World”. It was designed by Ortelius and published in 1570. He, one of the most famous cartographers in history, is also well-known as a talented dealer in maps, books and antiquities. He is also widely considered the first person in history to suppose that the continents of the Earth were joined together once.

Abraham Ortelius was born in the Flemish city of Antwerp on the 14th of April, 1527. He was trained as an engraver and by 1554 had created a book and set up a antiquary business. In 1560 (under the influence of Gerardus Mercator), Ortelius got involved into map-making, and found this engagement quite interesting and even entertaining. Within a decade of hard work, Ortelius created several maps of the world, of Egypt and of Asia. In the same period of time he worked on the first edition of his renowned Theatrum. Enlarged and kept up to date in successive editions until late 1612, the Theatrum appears to have been the most popular atlas of its epoch. Ortelius was appointed geographer to Philip II of Spain (1575). A facsimile of the Theatrum was published in 1964.

Bruce Means
A right unhappy chap, by his picture.

Rob Farr
A great question and a very interesting and informative explanation ... thanks. Victoria Jackson-pownall
Didn&#39;t know his first name but Ortelius and maps were connected in my memory!

Amanda Read
I think the globe gave it away

anthonygriffin
It&#39;s nice to know who was the working force behind the first world map being put on display for viewing purposes of others to see the world as a whole inife. 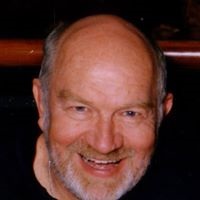 Fran Graybowski
I looked at his portrait and eliminated the monk and Newton&#39;s friend.

jeff grinsgo
Thanks for the tip in the picture.

Joseph A. Robitaille
Wow, what brilliant person . A real great question and answer.