Who was Édith Piaf?

Since her death in 1963, several biographies and films have studied her life, including 2007's Academy Award-winning La Vie en rose — Piaf has become one of the most celebrated performers of the 20th century.

Denise Currie
She was also known as The Little Sparrow

Margaret O&#39;Neill
She sang with such a passion... but was in constant pain as she suffered from Rheumatoid Arthritis most of her life, she was addicted to Morphine and alcohol as a result of suffering from chronic pain...She died of Liver Cancer which was probably as a result of all the other drugs she experimented with... So sad...

james parrillo
Mr.LaFaye, Thank you for the extra information. I did not want to press like, because it is unfortunate. My first thought was that she was an actress and singer, but she was so thin in the picture, I changed my choice to ballerina. Christine, James&#39;s wife

Mr.LaFaye
Margaret O&#39;Neill, From Years of alcohol abuse alongside copious amounts of medications, initially for arthritic pains and later insomnia, took their toll on Piaf&#39;s health. A series of car accidents only exacerbated her addictions and she eventually underwent a series of surgeries for a stomach ulcer in 1959. Coupled with a deteriorating liver and the need for a blood transfusion, by 1962 she had lost a significant amount of weight, reaching a low of 30 kg (66 pounds). Drifting in and out of consciousness for several months, she died of an aneurysm due to liver failure at age 47 at her villa in Plascassier (Grasse), on the French Riviera, on 10 October 1963, Her last words were &quot;Every damn thing you do in this life, you have to pay for.

Carol Butler
Extraordinary voice and the ability to touch hearts and unify people during the war.

Clayton Dean Brannon
What a voice. I listen to her often. One of my favorite singers of all time.

Jacqueline Tattam
Margaret O&#39;Neill, the liver cancer was probably more a result of the morphine and alcohol than experiments with other drugs

Lynn Ridenour
I had no idea she died so young. 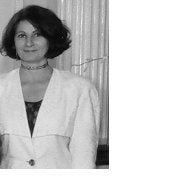