Who was first female pilot in American history to die on active duty?

Cornelia Fort was the first female pilot in American history to die on active duty. Cornelia was born on the 5th of February, 1919 and was interested in flying from her early age. She got her pilot's license in Hawaii and became a famous American pilot.

Cornelia Fort inadvertently became one of the first witnesses to the Japanese Attack on Pearl Harbor that brought the United States into World War II. She was an instructor and was flying with her student, when they suddenly mentioned Japanese planes approaching. Cornelia wrenched the controls and managed to escape the crash. She and her student narrowly escaped a strafing attack after landing. That was the first event that made Cornelia a well-known pilot. Another event was a tragedy. When Cornelia was stationed at the 6th Ferrying Group base at Long Beach, California, another plane of the mission, piloted by a man, struck the left wing of the BT-13 Fort was piloting. It sent Cornelia's plane to earth, and she didn't have a chance to parachute.

At the time of the accident, Cornelia was only 24 years old, but had already become one of the most talented and successful pilots of the WAFSP. During WWII 37 female pilots were killed in the accidents, but none of them received any military recognition. Cornelia and other females were considered civilians, and the words of sympathy were the only thing they received after their heroic deaths. Ruth Williamson
I agree, read info, she was not recognized for serving in military Vincent Chabolla, Camille Curran
Thank you. Excellent information about women in aviation and the military.

George Oliver Prince
Always happy to see articles on the Air Force (I know it wasn&#39;t the current AF, but I&#39;ll claim it) Gery Tillmanns
What a waste. Bernadine Martin
It takes women a long time to be recognized for achievements. 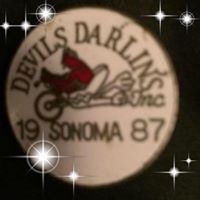 Dave Henry
I have never agreed with the last part of the story. Women served right along side the rest of the military, they should have been included. Oh, and yes I did serve my Country by joining the U.S. Navy, serving 4 yrs. Larry Humphrey
Sounds like a &#39;roll&#39;---me three. The government has truly done an injustice to these ladies.. Purple Hearts should have been presented to their familes Judi Halford
Me too

Frank Cowell
Thanks for the question. I believe that the first incident is depicted rather strikingly in the film &quot;Tora! Tora! Tora!&quot;

Kathryn A. Cobb
It was between Ruth &amp; Cornelia. ..I chose wrong.
Author:
E11-Hitman
Writer