Who was killed because of his own goal during the FIFA World Cup?

During the 1994 FIFA World cup, the defender of the Columbian soccer team Andreas Eskobar during the match against the USA team scored an own goal. They were not able to win the game and were not able to advance from the group. This loss cost them the chance to compete, so the team had to fly back home. Several days later, Askobar was shot while he was in his car. Witnesses say that the shooter yelled "GOAL!" after every shot he took.

Later, the shooter was found and confessed that he lost a lot of money betting on the team, and was very angry with the defender.

Angel Palacios Zea
The name in Colombia is Andrés Escobar.

Elsy O. Stromberg
Colin James Frost, Not in the U.S.!

Elsy O. Stromberg
disneyxl, Columbia would be a good name for an English-speaking country in the New World.

Elsy O. Stromberg
Frank Cowell, I was wondering why his last name had a K in it. 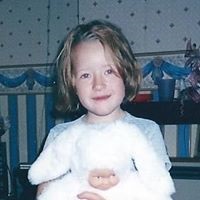 Dawn Brady
Frank Cowell, if you want correct spelling, then you need to check your own first

Jason Negus
Now that&#39;s someone taking a game too seriously. Especially a giant snoozefest like Soccer.

Leapy Lee
So the author can&#39;t spell the name of the country this happened in nor the first or last name of the person murdered? WTF

Richard D. Boyle
At least sell his name right...it’s not that obscure.

Jacqueline Tattam
It was Andrés Escobar from Columbia...this question should not have passed review.

John McLardie
The potential involvement of the Medillin Cartel in the murder emerged about 10 years later.