The Best FIFA Men's Player is an association football award presented annually by the sport's governing body, FIFA, to the world's best men's player. The award was formerly named as FIFA World Player of the Year, which was merged with France Football 's Ballon d'Or in 2010 to become the FIFA Ballon d'Or in a six-year partnership.

The Best FIFA Football Awards 2019 were held on 23 September 2019 at the Teatro alla Scala in Milan, Italy.

Ten players were shortlisted on 31 July 2019. The three finalists were revealed on 2 September 2019. Lionel Messi won the award with 46 rank points.

The selection criteria for the men's players of the year was: respective achievements during the period from 16 July 2018 to 19 July 2019.

Player
Alan Smith, they play a variant of rugby not association football but I agree with your point.

Player
Gordo Wilson, that&#39;s the point in a quiz. It&#39;s kinda pointless if you know the answers 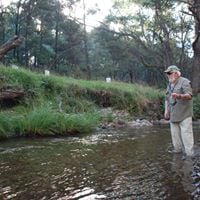 Derek Thurgood
onewayfarer, not so!

onewayfarer
This was awarded to Messi as a piece of costume jewelry; Ronaldo is hands down the best footballer in the universe.

Denise Currie
A fabulous player a pleasure to watch

Alan Smith
But NOT as well paid as those American Guys wearing ALL that Armour who only play in 5 second Bursts.

Ketan Patel
Since Christiano Ronaldo was not on the list, it had to be Lionel Messi. It&#39;s always between these 2, both great players though.