Who was the first female elected governor of a U.S. state?

Nellie Tayloe Ross was the first woman governor of a state in the United States. Ross was the 14th governor of Wyoming, serving from January 5, 1925 to January 3, 1927. She was elected to complete the term of her husband, William Bradford Ross, who died in office.

Wyoming law required that the successor of a governor who died in office be elected. Democratic Party leaders nominated Nellie. She ran against Republican Eugene J. Sullivan of Casper and won the election. One advantage Nellie was seen to have was the desire of the citizens of Wyoming to be the first to elect a woman governor, after having been the first state to grant women the right to vote in 1869.

Following her governorship, Nellie served as a Wyoming committeewoman to the Democratic National Committee and then as vice chairman of the DNC, in charge of activities for women. In 1933, President Franklin D. Roosevelt appointed her director of the U.S. Mint. She held this position until 1953.

rkcorrigan
Elected vs appointed…Ross was appointed when her husband who was then governor passed away whereas Grasso was truly elected.

topbcat
Donna Means, Nellie Tayloe Ross was elected as was required by Wyoming law to finish her husband’s term. Her husband was my grandfather’s cousin. 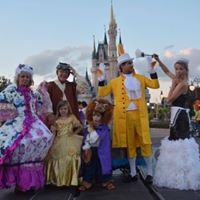 Catherine Collins Hyde
Elected implies votes by the people. Grassy was the first elected....not appointed as Taylor and Wallace were.

Donna Means
Ella Grasso was the first women to be elected governor. She did NOT finish out her husbands term as Taylor and Wallace did. The question should have been more clear.