Who was the first to win the Nobel Prize in Physiology or Medicine?

Emil Adolf von Behring's story is impressive. He displayed interest in medicine during childhood, but his family was poor. His father was a school master and wanted him to study theology, so he prepared himself for the priesthood. This was not realized because a military doctor, a friend of his family, intervened in this decision. Instead, Adolph entered the Pepiniere, the Army Medical Academy in Berlin. He received his medical degree in 1878. He really wanted to help people and began investigating diphtheria. He eventually discovered a diphtheria antitoxin. For his efforts, he was awarded the first Nobel Prize in Physiology or Medicine in 1901.

Rob Farr
A good trivia question and explanation ... thank you. Arthur Wesselman
mkrash, Oh, come now. This does not require much thought. If one doesn&#39;t recognize the name, like most people wouldn&#39;t recognize von Behring, Sutherland, jr., or Ross, you are out of luck. I don&#39;t remember studying about any of these men, but I did remember Alexander Fleming. But he didn&#39;t win the &quot;first&quot; Nobel Prize in Physiology and Medicine. It is a test of one&#39;s powers of recall and recognition.

Richard S. Levine
Jeanzi Nancy Szur, In English, it says &quot;Noble prize for discovered a diphtheria antitoxin&quot;. Back then, Medicine &amp; Physiology were the same category.

David Roy
I taught English for a year at Emil von Behring Gymnasium (High School) in 1985-86.

Cheryl Perkins
I thought it was Fleming, but wrong. 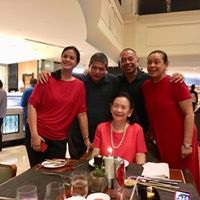 Marilou Tuason
I thought it was Fleming

jmw
I guessed. Im sure he was a household name in his time

mkrash
About time some really nice questions are coming up that make a person think .