Who was the first woman to win the Pulitzer Prize for literature?

Edith Wharton was born Edith Newbold Jones on January 24, 1862 to George Frederic Jones and Lucretia Stevens Rhinelander. To her friends and family she was known as "Pussy Jones." Wharton's paternal family, the Joneses, were a very wealthy and socially prominent family having made their money in real estate. The saying "keeping up with the Joneses" is said to refer to her father's family.

Wharton wrote and told stories from an early age. When her family moved to Europe and she was just four or five she started what she called "making up." She invented stories for her family and walked with an open book, turned the pages as if reading and improvising telling a story. Wharton wrote her first novel at age eleven.

In addition to novels and poetry, Wharton wrote at least 85 short stories. She was also a garden designer, interior designer, and a taste-maker of her time. She wrote several design books, including her first major published work, 'The Decoration of Houses' (1897).

On June 1, 1937 Wharton was at the French country home of Ogden Codman, where she was at work on a revised edition of 'The Decoration of Houses', when she suffered a heart attack and collapsed. She died a few days later. 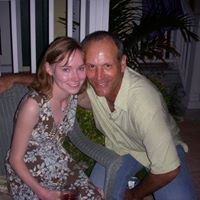 Chris Kelly
I didn&#39;t know who she was until one day at the library I spotted The Age of Innocense. I checked it out and loved it! Once I discovered her, I couldn&#39;t get enough. She writes of 1880&#39;s New York society as only someone who lived it could. The House of Mirth is another classic in the same vein. Ethan Frome is also a masterpiece. There is not one word out of place in that novella. I loved it so much that I re-read it to my wife the night after reading it. Normally when I do this she is asleep in five minutes, but she stayed awake through the entire book.