Who was the only astronaut to travel to the Moon twice, but never walked on it?

James Arthur Lovell Jr. (born March 25, 1928) is a former NASA astronaut, Naval Aviator, mechanical engineer, and retired Navy captain. In 1968, as command module pilot of Apollo 8, he became one of the first three humans to fly to and orbit the Moon. He then commanded the 1970 Apollo 13 lunar mission which, after a critical failure en route, circled around the Moon and returned safely to Earth through the efforts of the crew and mission control.

Lovell had previously flown on two Gemini missions, Gemini 7 in 1965 and Gemini 12 in 1966. He was the first person to fly into space four times.

One of 24 people to have flown to the Moon, Lovell was the first person to fly to it twice. He is a recipient of the Congressional Space Medal of Honor and the Presidential Medal of Freedom (in 1970, as one of 17 recipients in the Space Exploration group), and co-author of the 1994 book Lost Moon, on which the 1995 film Apollo 13 was based.

Lovell is one of only three men to travel to the Moon twice, but unlike John Young and Gene Cernan, he never walked on it. He accrued over 715 hours, and had seen a total of 269 sunrises from space, on his Gemini and Apollo flights. This was a personal record that stood until the Skylab 3 mission in July through September 1973. Apollo 13's flight trajectory gives Lovell, Haise, and Swigert the record for the farthest distance that humans have ever traveled from Earth. Helen Williams
I had the privilege of meeting jim and Marilyn Lovell Whilst living in Chicago - a very fascinating man he had us as his guest at Lovell’s restaurant lake forest - his gear was displayed in the restaurant where his son owns and operates as a chef. A memorable occasion 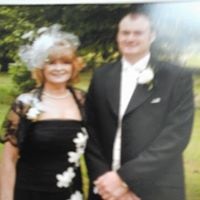 JK
I knew that answer because it was on Pointless yesterday :-)

Vance Duncan
Loved the movie Apollo 13. A true testimony to the potential of cooperation and determination. Very inspiring.

Kathryn Cavanagh
Didn&#39;t guess this one, just knew I was right.

Albeck1994
Shame as he was supposed to land with Apollo 13 a tragedy averted though
Author:
Special Patrol Group
Writer