Who was the only Civil War general to begin his career as a private?

Nathan Bedford Forrest was the only individual in either army to enlist as a private and be promoted to general officer and corps commander during the U.S. Civil War. Nathan Bedford Forrest, called Bedford Forrest in his lifetime, was a lieutenant general in the Confederate Army during the American Civil War. Military leaders in the war stated that Forrest had a gift for leadership, strategy and tactics. He created and established new doctrines for mobile (cavalry) forces, earning the nickname The Wizard of the Saddle.

He is overall remembered as a self educated, brutal, and innovative cavalry leader. Before the war, Forrest had amassed a fortune as a planter, real estate investor, and slave trader. In the post war years, he was seen as a leading Southern advocate. He was a pledged delegate from Tennessee to the New York Democratic national convention of July 4, 1868. He served as the first Grand Wizard of the Ku Klux Klan; but, he later distanced himself from the organization. He was born on July 13, 1821 and lived until October 29, 1877. He died in Memphis, Tennessee at the age of 56.

SOHLMAN
A great leader.He never founded the Klan.He spoke against it many times

Keith Richard Mears
Needs to specify &quot;American&quot; in the question, many countries have had Civil wars.

George Oliver Prince
My sister-in-law lives in Pulaski, Tenn.where the Klan was founded

Special Patrol Group
Missed U.S. out of your question. 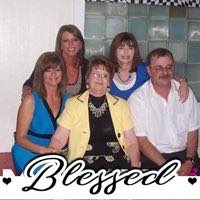