Who were the parents of King Solomon?

King Solomon was the son of King David and Bathsheba. Solomon was not the oldest son of David, but David promised Bathsheba that Solomon would be the next king. When David’s elder son Adonijah declared himself king, David ordered his servants to bring Solomon to the Gihon spring. There King David, while he was still alive, had the priest anointed Solomon the next king. Solomon inherited a considerable empire from his father, and he was quickly recognized for his wisdom, wealth, and power.

Once Solomon’s empire was tranquil, he began to build the Holy Temple. He received wood from King Hiram of Tyre and imposed a compulsory labor service on both the Israelites and the foreign nations that were under his control. His workers built the structure of the Temple, its decorations and its vessels. The Temple took seven years to complete. The Hebrew Bible credits him as the builder of the First Temple in Jerusalem.

Valerie Holmes
Solomon didn&#39;t ask God for riches, but he realized he needed the wisdom of God to lead a people. And God not only gave him wisdom and knowledge. King Solmon was the wealthiest man there ever was in the earth. Good post E-Hitman.

sandra ziesmer
Thanks for the great question!

skullfire
Question should read, according to the bible, this is not history.

Peter Robertson
Corey Taylor, Bit of a myth that he was wise.He got kicked off his throne by his people because he was just plain ignorant of how to handle people.Like most Biblical Kings he was a despot,tyrant and nutter.Better than his evil father but just another role model????????

Corey Taylor
The wisest of men? Solomon had 300 wives and 700 mistresses, the Bible says. Was he trying to populate the entire Nation of Israel? If not, then it says little for the wisdom of most men!

patrhea
Got it, Wonderful q&amp;a.

ninakamwene
Got it. I have been to the Wall in Jerusalem in 2015. What a historical site!

bornfree
Leo McKinnon, if you have never read the bible how do you know is a &#39;fictitious BS? even if you do not believe in God, you cant say there is no historical facts in it. Do not Judge what you don&#39;t know. 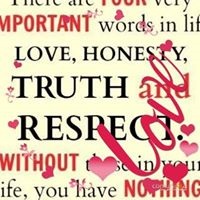 Tom Seigo
Pity and pray for folks like Leo McKinnon! 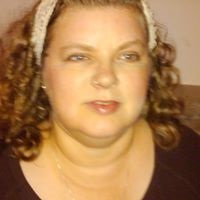 Savagemama
Leo McKinnon, wow Leo. Even if you don&#39;t believe it, how about a bit of respect for those that do. I for one believe the Bible and love my God!!
Author:
E11-Hitman
Writer