Who won the Best Supporting Actor award for his role as Dragline in the 1967 film Cool Hand Luke?

George Kennedy, who played tough guys, oafs, G.I.’s and a bonanza of cowboys as one of Hollywood’s most versatile and durable character actors, and who won an Oscar as the best supporting actor of 1967 for his performance in the Paul Newman film “Cool Hand Luke,”

George was perhaps best known for his role in “Cool Hand Luke”: Dragline, a chain-gang prisoner whose brutality and compassion as the gang leader not only revealed Mr. Kennedy’s rarely seen range as an actor, but also deftly illuminated the character of his tormented fellow convict, played by Mr. Newman.

Besides winning the Academy Award, Mr. Kennedy’s performance won wide critical acclaim. “George Kennedy is powerfully obsessive as the top dog who handles things his way as effectively and finally as destructively as does the warden or the guards,” Bosley Crowther wrote in The New York Times. Chase Cyrus Capri
George Kennedy was a super nice guy. He was kind and welcoming, and loved golden retrievers (we did pet therapy with him up until he passed away last year). He always made us feel welcome and special. Linda Pfaff
Easy peasy! One of my favs!!

Lynne Zeman
Both actor and supporting actor did a amazing performance.

wpmacdonald
And don&#39;t forget his comedic talents in the Naked Gun movies.

Kevin Dale Streets
Well, I guess it had to be George somebody! 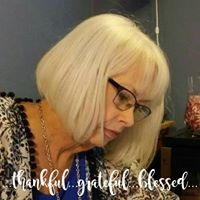