Who wrote "Journey to the Center of the Earth"?

Journey to the Center of the Earth is an 1864 science fiction novel by Jules Verne. The story involves German professor Otto Lidenbrock who believes there are volcanic tubes going toward the centre of the Earth. He, his nephew Axel, and their guide Hans descend into the Icelandic volcano Snæfellsjökull, encountering many adventures, including prehistoric animals and natural hazards, before eventually coming to the surface again in southern Italy, at the Stromboli volcano.

The genre of subterranean fiction already existed long before Verne. However, Journey considerably added to the genre's popularity and influenced later such writings. For example, Edgar Rice Burroughs explicitly acknowledged Verne's influence on his own Pellucidar series.

The book was inspired by Charles Lyell's Geological Evidences of the Antiquity of Man of 1863 (and probably also influenced by Lyell's earlier ground-breaking work Principles of Geology, published 1830–33). By that time geologists had abandoned a literal biblical account of Earth's development and it was generally thought that the end of the last glacial period marked the first appearance of humanity, but Lyell drew on new findings to put the origin of human beings much further back in the deep geological past. 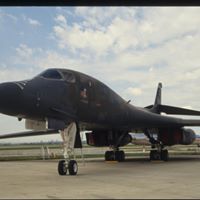 Bill Campbell
The best adaptation was the version with James Mason and Pat Boone as Scottish Geologists following the route of the one taken by geologist in the question&#39;s explanation. The recent remake was ok but the best is the James Mason version.

Joe Mangan
That tunnel in the picture looks like the one that Mexican drug-baron used to escape from prison.

Teri Gallagan-Horning
Bill Campbell, Totally agree with you!! I just saw it the other night on TV.

Wayne Linburg
It is a most excellent read !

Corey Taylor
Funny, when I read the book it was Professor Hardwigg and his nephew Harry Lawson. You plucked the names out of the movie.

Irma Rivera
I saw the film!!!

Cheryl Perkins
I have read the book but never saw the film.

Ilias Tsiabardas
Jules Verne Got it