Who wrote "The female of the species is more deadly than the male"?

This is a well known line from Rudyard Kipling's poem The Female of the Species. Kipling wrote this poem, and it was originally published in 1911. The title and refrain of the poem was used as a title for at least three other works.

The poem, The Female of the Species, begins with illustrations of the greater deadliness of females of different species. It looks at the Himalayan bear, the cobra and the native American, who frightened Jesuits (an order of priests) more than men. It continues with the general thought that women must be deadlier than men; every female is formed with the one purpose of motherhood. Kipling held that women have the greater determination, the greater courage and single-mindedness to pursuit all the important things that make life worth living.

Cherie Hunt
It just sounded like something Kipling would say...

Sean Case
I&#39;m a deceived father of 2 whose mother divorced me after lying to me about her ability to get pregnant! She devastated my life &amp; took my children away! The female of the human species IS the most deadly!

thevoyers
if any of the best writers living today we&#39;re to ever say that today? They would be thrown off facebook, scorned an ridiculed, maybe even blackballed (oops!) Persona none grata! Chris Osteen
Cherie Hunt, That is what I thought too

Carroll Price
Would be booed and banned in today&#39;s screwed-up word of women&#39;s lib. Dianne Hartmann Jelinek
Question is unclear Raymond Chandler white a novel by that name. Kipling only used it as a line in a poem

Corey Taylor
Probably displayed by Kipling in &quot;Rikki-Tikki-Tavi&quot;, since Nag the Cobra fell to him before his wife Nagina did. And yes, Harry Potter fans, that is most likely where You-Know-Who&#39;s pet snake &#39;Nagini&#39; got her name!

Gold Toy Box
I was sure it was WC Fields!

Howard Groopman
3rd lucky guess out of 5 questions so far.

Annie
Got it 👏. I think I may agree, a mother bear can be much more ferocious than the male trying to get at her cub. And on a resonant note “do not mess with my kids”. 😃 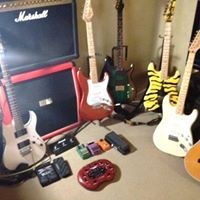 dclemens
We all do our own thing to survive and be happy. Do not simplify any ones goals. We are all connected. We all need each other. Stop dividing us!!