Who wrote "The Wonderful Wizard of Oz"?

The Wonderful Wizard of Oz is an American children's novel written by author L. Frank Baum and illustrated by W. W. Denslow, originally published by the George M. Hill Company in Chicago on May 17, 1900. It has since been reprinted on numerous occasions, most often under the title The Wizard of Oz, which is the title of the popular 1902 Broadway musical as well as the iconic 1939 musical film adaptation.

The story chronicles the adventures of a young farm girl named Dorothy in the magical Land of Oz, after she and her pet dog Toto are swept away from their Kansas home by a cyclone. The novel is one of the best-known stories in American literature and has been widely translated. The Library of Congress has declared it "America's greatest and best-loved homegrown fairytale." Its groundbreaking success and the success of the Broadway musical adapted from the novel led Baum to write thirteen additional Oz books that serve as official sequels to the first story.

Baum dedicated the book "to my good friend & comrade, My Wife" Maud Gage Baum. In January 1901, George M. Hill Company completed printing the first edition, a total of 10,000 copies, which quickly sold out. The Wonderful Wizard of Oz sold three million copies by the time it entered the public domain in 1956. Pat Davis
I have a beautiful copy of Wizard of Oz with a 1903 publish date!

dvdeaton
L. Frgnk Baum, himself, may have been blacklisted because some of his works used childlike backgrounds while his work was actually criticizing the capitalist system...

sharalp
Darlene Davidson, There are several stories by L. Frank Baum. My daughter played the part of a hip-hopper in a play from another book. Her lines were something about there being well lit wells...

drmargiem
Dorothy&#39;s slippers were silver in the book. MGM found that silver did not show up well in Technicolor and changed the magic slippers to a ruby color.

jack patti go
Got it!, Andrew Thompson
It wasn&#39;t a cyclone it was a tornado. If you had passed 1st Geography you would know that the word cyclone refers to hurricane-like events in the &#39;eastern hemisphere&#39; e.g India, South East Asia, Australasia, and the Pacific.

Irene Townsend
Wonderful movie, guessed the author and got it right

Ed Taber
dvdeaton, At the time of the &quot;Custer Massacre&quot; Baum was in Deadwood, SD and opined every Indian should be killed. Lot different mind set &#39;back in the day.&#39;

ninakamwene
Missed it but love the story. Thank you. 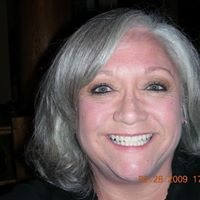 Janice Turkovich Stewart
If you look at the history, it had a lot to do with the silver certificate dollar and capitalism. The slippers were originally silver, not Ruby.

Karin Johansson
Pat Davis, take care of that one 💖