Why there are no rats in some Canadian provinces? 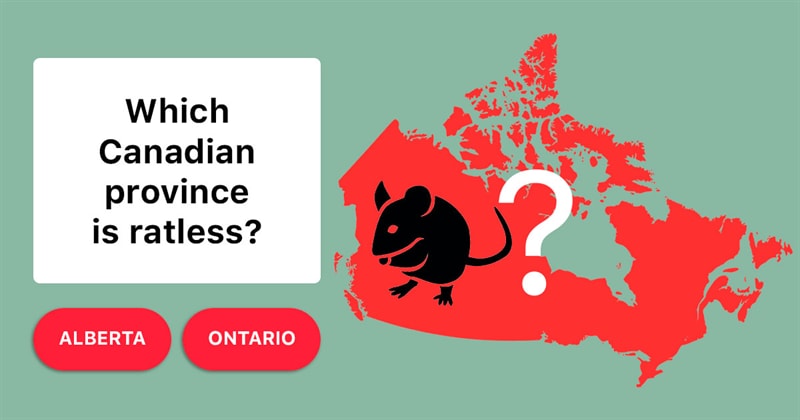 Alberta is the only province in Canada that does not have any rats, and in fact is the largest inhabited area on the planet which is rat-free. Rats had to come from Eastern Canada, and it’s a long walk, so it was not until 1950 until they finally reached Alberta. When they did, the Alberta government was ready for them. They instituted a very aggressive rat control program that killed every single rat that crossed the Alberta/Saskatchewan border. 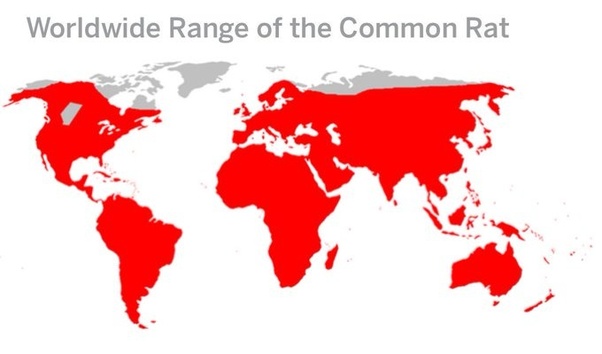 Spread of Rats across Western Canada: 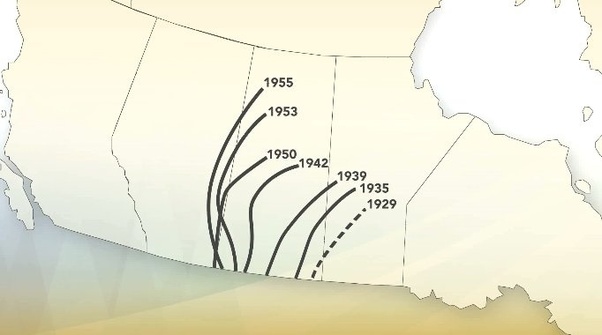 The Agricultural Pests Act of Alberta, 1942, authorized the Minister of Agriculture to designate as a pest any animal that was likely to destroy crops or livestock. Every person and municipality had to destroy the designated pests. Where their pest control was not adequate, the provincial government could carry it out and charge the costs to the landowner or municipality.

Rats were designated as pests in 1950. An amendment to the act in 1950 further required that every municipality appoint a pest control inspector. In 1951, conferences on rat control were held in eastern Alberta, and 2,000 posters and 1,500 pamphlets called Rat Control in Alberta were distributed to grain elevators, railway stations, schools, post offices and private citizens.

During June 1952 to July 1953, 63,600 kg of arsenic trioxide powder was used to treat 8,000 buildings on 2,700 farms in an area 20 to 50 km wide and 300 km long on the eastern border. Some residents were not informed that arsenic was being used, and some, allegedly, were told that the tracking powder was only harmful to rodents. Consequently, some poisoning of livestock, poultry and pets occurred. Fortunately, Warfarin, the first anticoagulant rodent poison, became available in 1953. Warfarin is much safer than arsenic, and in fact is prescribed to some heart patients as a blood thinner. 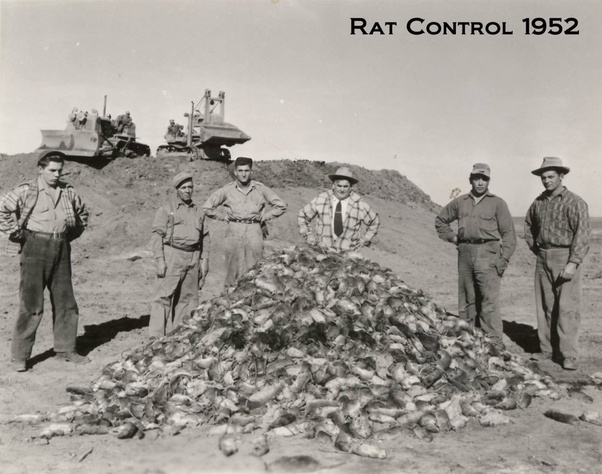 The number of rat infestations in the border area increased rapidly from one in 1950 to 573 in 1955. However, after 1959, the numbers of infestations dropped dramatically. 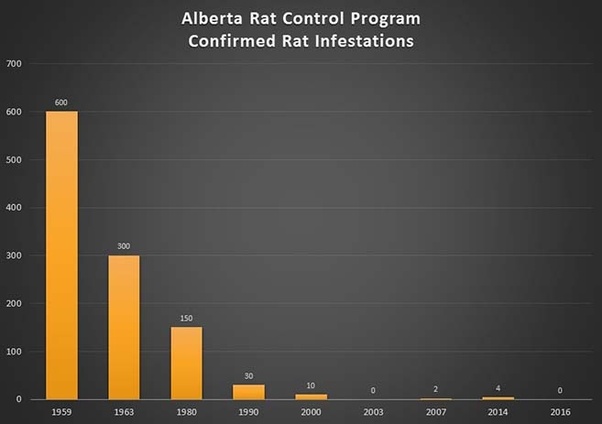 The provincial share of rat control expenses increased to 100 per cent in 1975. All premises within the 29 x 600 km control zone from Montana to Cold Lake are now inspected at least annually. Rat infestations are eliminated by bait, gas or traps. Buildings are occasionally moved or torn down, and in some cases, rats are dug out with a backhoe or bulldozer. In the early days they also used shotguns, incendiaries, and high explosives to control rats. It was something of a war zone.

A few white rats have been brought in by pet stores, biology teachers and well meaning individuals who did not know it was unlawful to have rats, even white lab rats or pet rats in Alberta. White rats can only be kept by zoos, universities and colleges as well as recognized research institutions in Alberta. Private citizens may not keep white rats, hooded rats or any of the strains of domesticated Norway rats. Possession of a pet rat can lead to a fine of up to $5,000.

In 2004 someone released 38 rats in Calgary. By the time the rat control officers arrived, most of them were dead. The local residents formed a posse and killed them with brooms, 2x4’s, and shovels. If the authorities had caught the culprit, he could have faced a $190,000 fine (38 x $5000) - assuming his neighbors didn’t beat him to death with brooms, 2x4’s, and shovels first. Albertans don’t want rats.

Have you ever heard about "ratless" Canadian province Alberta?

peterjcks
Never mind the rats in Canada, why not get rid of the RATS in Washington DC.

Doris Dallaire
But some of the politicians are as much pests as the rats!

Frank P. Araujo
Could we get the Canucks to get rid of the rats in Washington, especially, the White House? Christine Colabella
The US cities need to take some lessons from this!!

bonniecardona
This story was a real eye opener for me hope the government East of Alberta reads this so they protect us. Thanks for the info

Leticia Olsen
🥺Poor rats but they have to put in control as they carried deadly plagues to humans!!🥴 Sonia Clark Stewart
I thought everyone had a pet coyote. Sherry Ulbrich
The biggest RAT is in the White House!! Wish you Americans would get rid of him!! Hopefully in November!! Warren Domke
I have some distant relatives in Edmonton; For that reason this article got my interest. Rats, among other things, are carriers of bubonic plague.

ninakamwene
This was news to me, no rats in Alberta! Hard to believe. Thank you. Ellen Whitworth
I live here and believing me they are very aggressive when it comes to rat sightings Gregory Gorbach, Jerry Phillips
Not many invited from ottawa 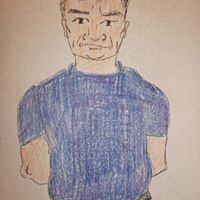