10 overwhelming facts about the Russian Tsars 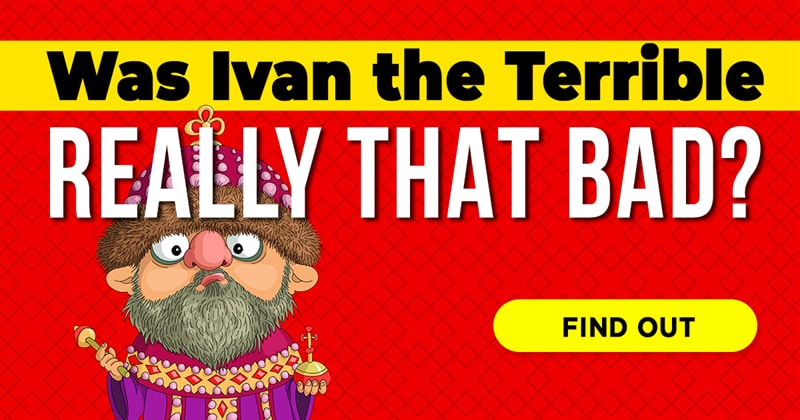 The Tsars were autocratic rulers who had sat on the throne of Russia for centuries until the revolution of 1917. Even though more than 100 years have passed since the murder of the last Russian monarch, their history is still considered fascinating, dark and full of mysteries.

Tsar (or Czar) is derived from the Latin caesar, meaning "ruler" or "emperor". Before Tsars became the rulers of Russia, the title was used in the Byzantine Empire, which came to an end in 1453. 20 years later, Ivan III of Russia married the niece of the last Byzantine emperor, adopting Byzantine traditions, rituals and titles.

#2 The beginning of the tsardom

Though Ivan III adopted the Byzantine culture, the Russian tsardom didn't officially begin for another 75 years. Only in 1547 his grandson, Ivan IV, was officially crowned the first Tsar of Russia. He would later become known as Ivan the Terrible and one of the most erratic Russian monarchs.

#3 So, was he really terrible?

At the beginning of his reign, Ivan IV was quite successful, establishing foreign relations, conquering new territories and instituting useful reforms. Anyway, he is best remembered for many cruel acts, the most horrifying one being the murder of his own son (which is still argued by some researchers).

According to many historical sources, Ivan IV had an aggressive character and was possibly mentally ill. While he was without a doubt a ruthless ruler, Ivan IV had become this way not without a reason.

The future Tsar had a troubled childhood: both his parents died before he reached the age of nine, making him the nominal ruler of the country. He had been mistreated by the nobility who held the power until he was able to stand up for himself. Learning from the people who deceived and murdered the members of his family, he started doing cruel things.

Ivan's personal life was also unhappy. His first wife, Anastasia Romanova, was poisoned to death, supposedly by his own ministers. He started changing one wife after another. Many of them were poisoned or sent to the monastery. Only 2 of his 7 children survived to adulthood. So, it's really hard to judge his actions, especially after so many years.

The first Romanov, Michael I, became a Tsar at the age of 16. His family, the Romanovs, would later become the longest-running dynasty of the Tsars. They ruled Russia for more than 300 years.

Peter the Great was the first Russian ruler to be proclaimed Emperor of All Russia – he wanted his title to sound more European. He did everything for his country to embrace a more modern way of life. He even imposed an annual beard tax to make the nobles shave off their long beards.

#6 According to some sources, he also killed his son

Peter the Great's son, Aleksei, didn't want to become a ruler and escaped from the country. He was forced to return and renounce the throne in favor of his brother. Soon Aleksei was found guilty of treason and tortured to death by his father's order.

#7 There were four female rulers

Catherine the Great was the longest-ruling female leader of Russia – she reigned from 1762 until 1796.

#8 Catherine the Great had a lot of lovers

After the death of her husband, she had numerous love affairs and referred to her lovers as favorites. They received many benefits and bonuses – the Empress even built a whole palace (in the picture) for one of them.

#10 On the coronation of the last Emperor, Nicholas II, more than 1,300 people died

Every attendant of the coronation was meant to receive a souvenir and free food, which attracted too many people to Khodynka Field in Moscow and resulted in a human stampede. According to official estimates, 1,389 people died.

Try to answer these fun trivia questions about the Russian Empire: Paula Salem
Wow! Must be in the water. Not much has changed. Other than now they’re called “ President “.

deborahpmercer
Peter the Great also had a spell incognito as a ship&#39;s carpenter in the Netherlands.

pkthrynwest
Catherine the Great&#39;s history is very interesting. The politics of her day. History does indeed repeat it&#39;s self.

tbear
Interesting! Enjoyed reading about it! Thank you! 😊👍