What are some of the most fascinating, lesser known stories from WW2? 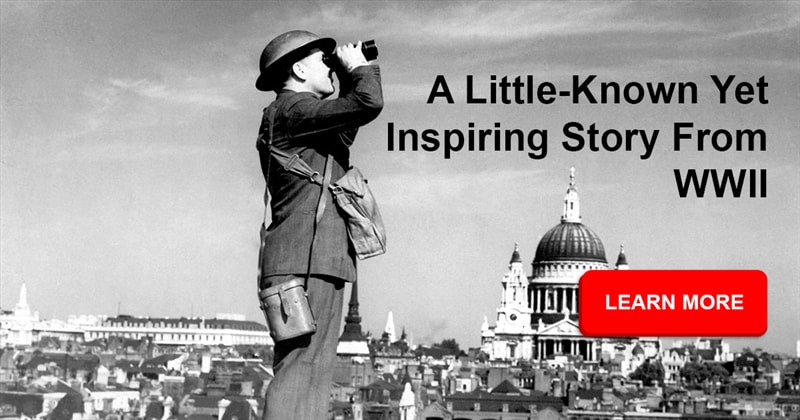 This is Owen Baggett. 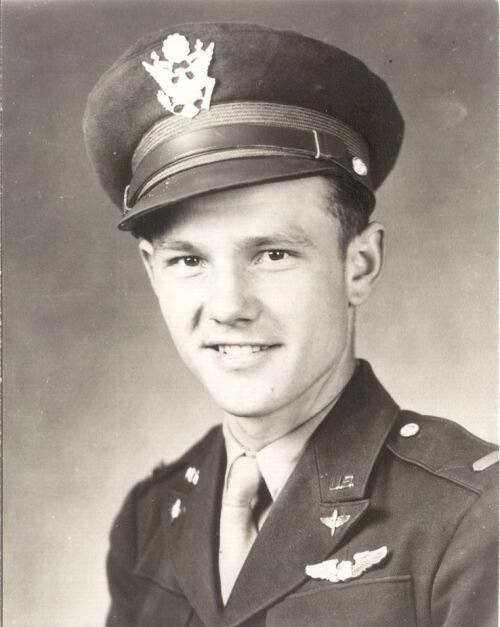 He was the co-pilot of an American B-24 Bomber during World War 2.

One day, his squadron was dispatched to blow up a bridge near a Japanese base.

Before arriving at their target, they encountered heavy resistance from Japanese fighter planes. His bomber was badly damaged, and him, and the entire crew had to put on parachutes and bail.

As he and his crew were floating to the ground, the Japanese planes came back for another pass, and began strafing the helpless men.

This enraged Baggett, who quickly formed a plan.

He hung completely limp in his parachute harness, acting like he was dead.

One of the Japanese pilots slowed down, and did a flyby, to get a look at the “dead” American co-pilot.

As the plane approached its closest point, Bagget sprung to life. He reached into his leg holster, producing his M1911 Pistol.

He proceeded to fire 4 shots, directly into the plane's canopy, where the pilot was seated.

To his, and everyone else’s surprise, the plane went out of control, and crashed into the ground.

He had shot the pilot directly in the head.

It is believed that Owen Baggett is the only person in history to shoot down an airplane using only a pistol.

And the fact that it was done while falling towards the ground in mid-parachute, is nothing short of incredible.

Have you ever heard about Owen Baggett?

jonbroberts
Germans and Japanese both tried to kill Allied crews who parachuted. On the flip side one German fighter pilot Ace realized how horrible of shape both a pilot and his plane were in and pointed the American in the direction he needed to fly figuring correctly that his compass was destroyed. While seriously wounded pilot miraculously survived. His plane had to be scrapped. Neryl Simpson
Julie Domaille, the Japanese were killing us, not celebrating but applauding the pilot to fight back Johnny Gio
HERO&quot; - A MYTHOLOGICAL OR LEGENDARY FIGURE OF DIVINE DECENT ENDOWED WITH GREAT STRENGTH AND ABILITY, A WARRIOR, A MAN OR WOMEN ADMIRED FOR HIS OR HER ACHIEVEMENTS AND NOBLE QUALITIES, ONE WHO SHOW GREAT COURAGE. THEY ARE KNOWN TO COME IN ALL SIZES, SHAPES AND COLORS.THANK GOD FOR THE BLOOD OF HERO&#39;S ....!

dasharriver
WOW! Fantastic! The WWII Japs were merciless bastards and killed many POW&#39;s in cruel and inhumane ways!

Donald Congleton
Ma Bales, Owen Bradley was only a musician. Granted a fairly decent one but, he was no war hero like Baggett.

Ma Bales
No, we heard about Owen Bradley , but not of this guy !

vasily tchaikovsky
Amazing story if it is truth,interesting ,-was this person awarded by US Government.Probably nobody care ,interesting, how this hero ended his life

Linda Spreng
Wonderful story. joneal, I know it&#39;s hard to believe he did it. Try to remember that he WAS a member of the Greatest Generation. This is probably just the tip of the iceberg concerning &#39;unbelievable&#39; occurrences during ANY war.

joneal
Great story, if true. This and the previous generation of men &amp; women were, and, in my opinion, the greatest Americans of the past 100 years. They went through the &quot;Great Depression&quot;, not like the fabricated hardship from the Obama administration, the hardships of WWII, and rationing of commodities. The sacrifice these heros made will never be made again because our current society has become so dependent of &quot;things&quot; as well as instant gratification. So sad. Maureen Whitehall
Moral of this story never argue with M1911 Pistol which is handled by a possum. Awesome story I likedit

Conrado De Leon
You should read &quot;War in a Stringbag&quot;, by WW2 veteran Charles Lamb. He was a pilot of the WW I planes the British so effectively employed in the Channel, in Africa and in the Balkans. The vintage planes could not be detected by radar, and were lethal torpeoding ships and deploying mines in the way of German and Italian ships. Actually, they practically anihilated the Italian fleet moored at Taranto. Great reading.