What is the most misunderstood picture that has become famous? 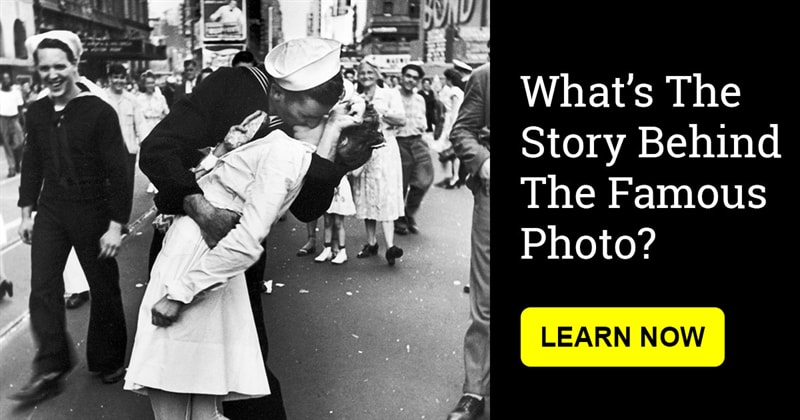 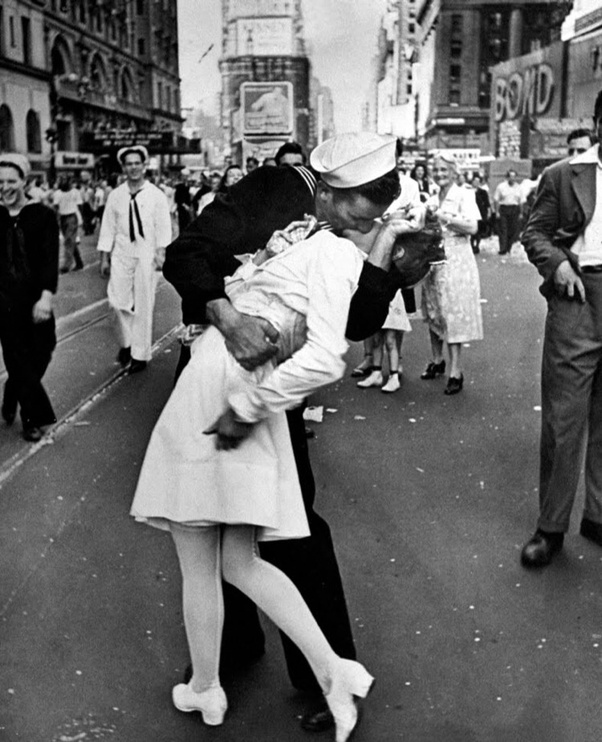 First, there is another photograph of the same event capturing a little detail which has mostly gone amiss with the popularity of the iconic photograph.

This one captured a girl in the background, with whom the sailor was actually out on a date that day. She did go on to become his wife later and her name is Rita Mendonsa. 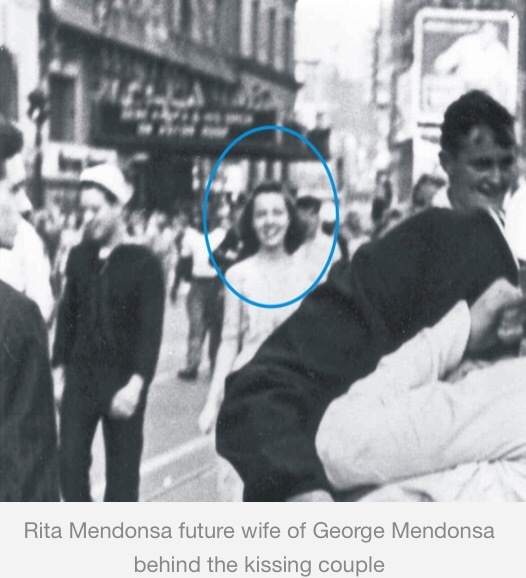 Second, the pair who are actually kissing in the photograph, George Mendonsa and Greta Zimmer, did not know each other.

The actual story behind the photo is as romantic as a cabbage:

George was all set to leave for the war again and was on a date with a girl with whom he later said he had fallen in love at the first sight.

They were watching a show when they learned the war was over. So leaving the show in the middle, they went out on the streets where people had begun preliminary celebrations. George got buzzed after having one too many drinks.

Now, George highly respected the nurses he had seen in the war.

Obviously, because they treated the injured soldiers and helped them get back on their feet.

He then sees this girl - Greta, in a nurse's uniform. Alcohol and reverence for the nurses takes over and promptly forgetting his love at first sight Rita, he moves away and grabs Greta- the nurse and plants his iconic kiss on her unaware self.

Greta was obviously not amused and tried to get out of his grasp but it was over as quickly as it had begun.

And get this, Greta was not actually a nurse.

She was wearing her dental assistant uniform and had walked to the square to confirm if the news was true.

Anyway, long story short, George and Rita end up marrying and Rita was never really bothered by the photo as George was all tipsy and they weren't even engaged at that point.

I do however feel that the photo did capture the happiness which came with the end of the second world war - if you look around the pair, happiness is beaming everywhere in the background. The grabbing someone forcefully part is not cool though.

And that's why I feel this is a misunderstood photo as the spotlight has always been on George and Greta.

Did you enjoy this piece of historical trivia? We surely did! Shirley Miller
A huge statue of the couple is erected next to the museum aircraft carrier, Midway...a popular attraction here in San Diego. Every day, couples can be seen standing in front of the statue, reenacting the pose for a photo of their own. The statue was erected there temporarily, but proved to be so popular that it was redone in more permanent materials and replaced.

Linda Spreng
I had no idea that this was the behind the scene story. I always looked at it as &quot;YAY!! The war is over!!&quot;

Ralph A. Caya
A statue of the couple is erected on Ford Island in Pearl Harbor

Don Markusic
thevoyers, I think he should&#39;ve said one small step for Mankind $1 billion debt for its citizens .

Julie Domaille
That&#39;s so strange to think an iconic image is actually an assault. Hope Greta got a better offer and Rita got a faithful spouse

catsmeow
Awesome photo and awesome story! An interview with all 3 would be awesome! Thank you for the story! thevoyers
That is the first photo I thought of as I read the question! The second? The photo of Neil Armstrong’s “one small step for a man, one giant leap for mankind “ Kodak moment. Third? That’s debatable, but the photo of Kennedy’s Convertible Limo racing from the scene of the assassination.

latanja A bolden
It was I n the news recently that great had died. Great photo Marjorie Spacek
I remember the photo. In August 1945 I was 11 years old. The most wonderful time in that summer. We found the &quot;duration&quot; endless!

Jacky Pierce Friedman
There s a gigantic statue of them in Sarasota Florida right on the waterfront facing the highway. It&#39;s very cool.