What is the saddest place on earth? 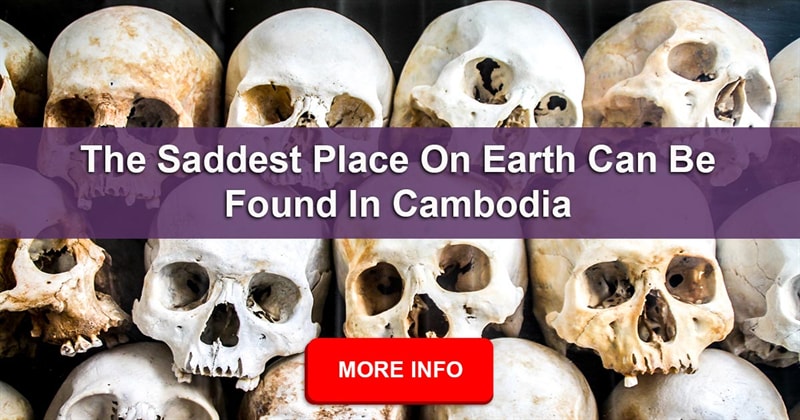 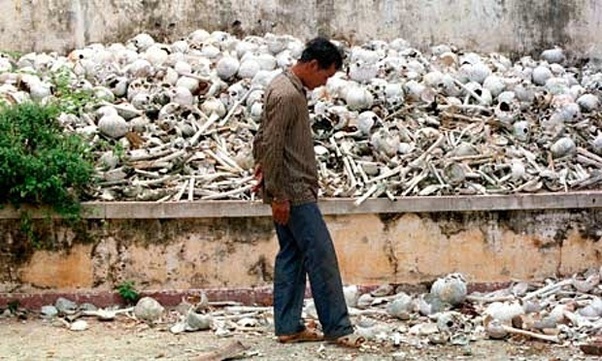 Just the name alone should probably give some insight into the horrific nature of the place.

During the Cold War, a Communist Revolutionary who made Stalin look sane, came to power in Cambodia.

He and the rest of the ultra-Maoist Khmer Rouge, began fighting for power in 1970 and captured the capital, Phnom Penh by 1975.

Under the regime of the Khmer Rouge, former government officials, intellectuals, political opponents, and ethnic minorities were slaughtered brutally.

Children were drafted into the military and refugees poured across the Thai border, desperate to escape the carnage in the country. 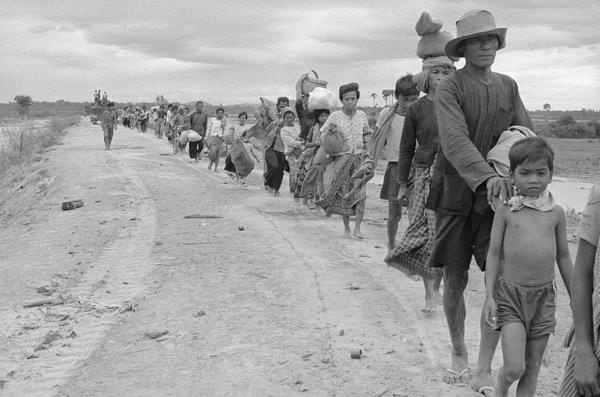 Nearly a quarter of the Cambodian population died during these years, and today, these fields still stand as a testament to what can happen when one dangerous man seized power.

While the Khmer Rouge is less talked about than other major tragedies such as the Holocaust, it still is important to remember the millions who died there. 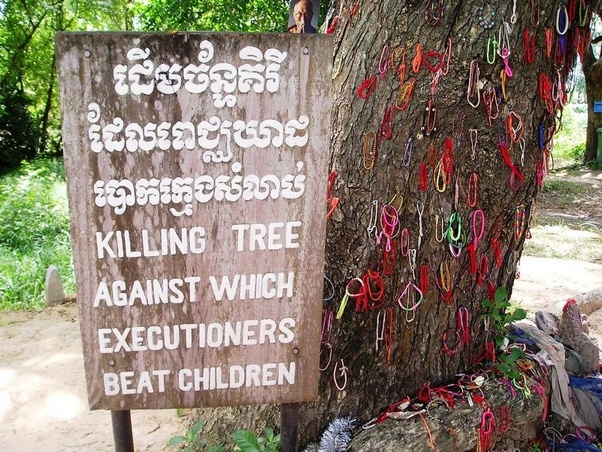 May the World never forget such a tragic loss of life.

Have you ever heard about this place? Gerald Moroney
There are many such horrors in history the likes of Nazi Germany hell Stalin killed 10 million according to some counts and there are some we chose not to talk about they are not in our history lessons.God Grant that the world can stop these atrocities some day.

Douglas Oaten
If history is forgotten, it will likely repeat itself, especially if we turn a blind eye to repetitions. The Nazi and Soviet holocausts, the Turkish holocaust in Armenia, the Rwanda holocaust, the Khmer Rouge holocaust and others should never be forgotten. The latest atrocities made by ISIS (better known as Daesh, a name that they hate) in Iraq and Syria are a grim reminder of things that seem unlikely to cease

bonniecardona
I remember this war very well. As with other wars there are never any winners always death, gore and tragedy

bobbyrab
Roslyn Russell, I have been there too

bobbyrab
I have been there and like the story says so horrible that so many people went through such torture, when walking around i found a quarter of a human jaw bone. S21 was another place of mass torture and murder.

Linda Spreng
I&#39;ve been quite naive in thinking that the WWII atrocities could not happen &#39;now&#39; when the Cambodia atrocities happened right before my eyes. And other more recent incidents of at least that magnitude. We cannot let it keep happening!!!!

schukshudak
I just saw a movie on Netflix called They killed my father. I really like it, it was a historical movie told by a five year olds point of view!

mmariano
There was a movie made depicting the story. The movie is called: &quot;The Killing Fields.&quot; I personally believe that modern Information Technology, which makes information available to the world instantly, will discourage these incidents. frogqueengretch
A change in leadership would help. Honesty, intelligence, courage and caring.

mykmello
Douglas Oaten, sadly, everything you have recounted is absolutely true.

mykmello
In the name of socialism in its many guises weather you prefer communism, fascism, nazism or just plain old socialism, over 100 million people died because of it in the 20th century alone. Sadly, now in the early 21st century we have a number of politicians right here in the United States of America that are actually proposing that we abandon the system that has brought our country to the most prosperous country in the history of the planet to become yet another failed socialist statistic. Let’s all pray to God that these people snap out of their delerium and start to enjoy the life that’s available to everyone in America.

Roslyn Russell
A visit to the Tuol Sleng Genocide Museum in the former S21 Prison in Phnom Penh is the most chilling and haunting place I have ever visited. The Khmer Rouge interrogated prisoners and took their photos just before they were killed, including a mother and her tiny baby. The memory of these faces is seared into my brain. Lest we forget.

rumtmtiger
lacekadet, This is neither Socialism nor Communism. This is a man (I use the term loosely) who was crazy with power. His inhumanity and the inhumanity that others have shown, such as Stalin, Hitler, and others throughout history, are not because of any philosophy but because they are pure evil.

lacekadet
Be careful who you vote for! Socialism leads to Communism.

tbear
Now I know!!! How horrible!