What would be the most terrifying extinct animal if it were still alive today? 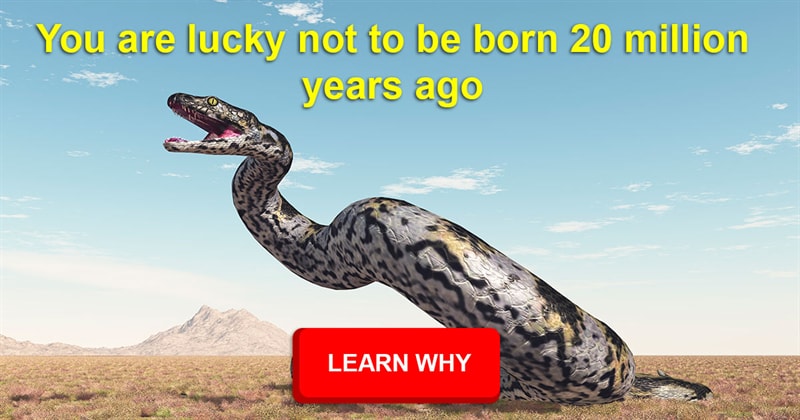 Humans have an innate fear of snakes. Ophidiophobia is one of the most common phobias in the world, and studies have shown that most primates are genetically wired to detect snakes rapidly. Prehistory is writhing with snakes, but not just little ones - some were true giants.

Everyone talks about Titanoboa cerrejonensis. I tend to refrain from writing about famous, popular fossil taxa, but it would be wrong to exclude it from this answer. So, Titanoboa was 12.8 metres long, a ton in weight, and commonly cited as the largest snake in history.

To at least bring something new to the table, I should mention that studies have suggested that Titanoboa was more of a piscivore (fish-eater) than a megafauna-killer. Perhaps the snake was in fact a gentle giant? 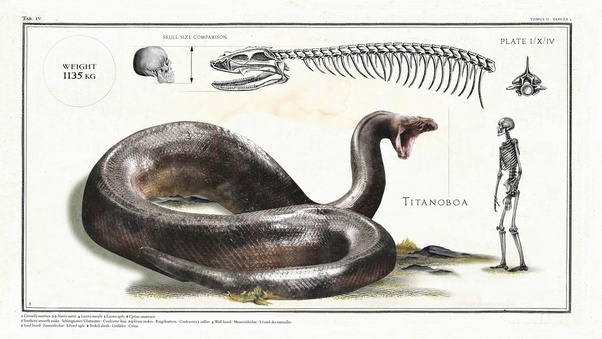 Before the discovery of Titanoboa, the title of largest snake went to a different species - Gigantophis garstini. It lived about 20 million years after Titanoboa, in the Eocene, being found in Africa. It was a respectable 11 metres long and fed on the ancestors of today’s elephants. Gigantophis’ close relative, Madtsoia madagascariensis, lived in Madagascar in the last few million years of the Age of Dinosaurs. It would have lived alongside many iconic dinosaurs - Majungasaurus, Masiakasaurus, and Rahonavis - and also the giant frog, Beelzebufo.

And maybe it ate them too. 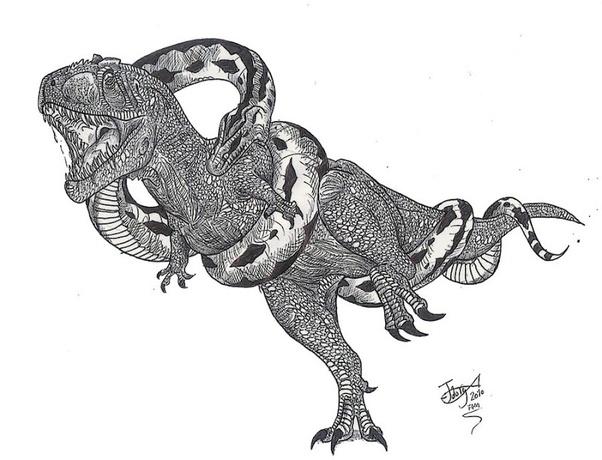 Both Madtsoia and Gigantophis belong to the archaic family of giant snakes known as the Madtsoiids. Both of the aforementioned genera lived a long time ago, but some survived up till very recently in Australia.

You may have heard of Wonambi naracoortensis, a Pleistocene Aussie serpent which was over 6 metres long. That might not sound like much compared to the previous monsters, but it was still significantly bigger than an anaconda. Furthermore, it would’ve coexisted with the likes of giant kangaroos, marsupial lions, and early Australians - it might have inspired the Rainbow Serpent myth. 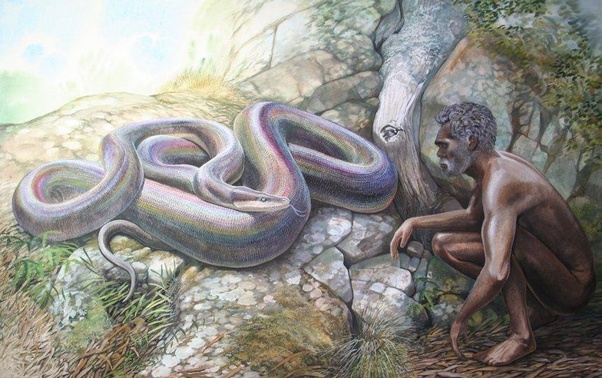 Living in the same time and place as Wonambi was Yurlunggur camfieldensis, a fellow Madtsoiid. It was named after the Aboriginal myth of Yurlungur, a copper-snake who was awakened by the smell of a woman’s menstrual blood, and proceeded to eat her and her family.

Yurlunggur might have grown to 8 metres long, and evidence suggests that it was aquatic and fossorial (burrowing). So, it would’ve hunted in the water but lived in burrows dug into soft waterside ground. It was non-venomous, using constriction to kill instead. 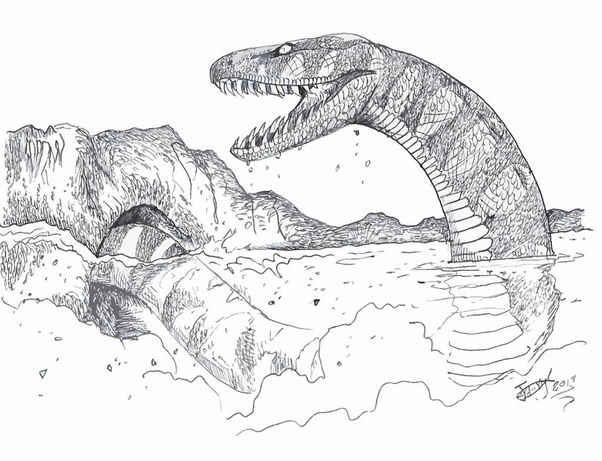 So that’s been the Madtsoiidae. For another family of archaic giant snakes, try the Palaeophiids. Palaeophiidae evolved a whole 70 million years ago, and like the Madtsoiids, survived the K-Pg extinction. Like modern sea snakes, they were fully marine, only a lot bigger.

Palaeophis colossaeus was a terrifying beast, more so than Titanoboa in my opinion. It was almost like a Cenozoic mosasaur, eating whales and giant sharks in the Eocene seas. It was huge, a full 10 metres long. 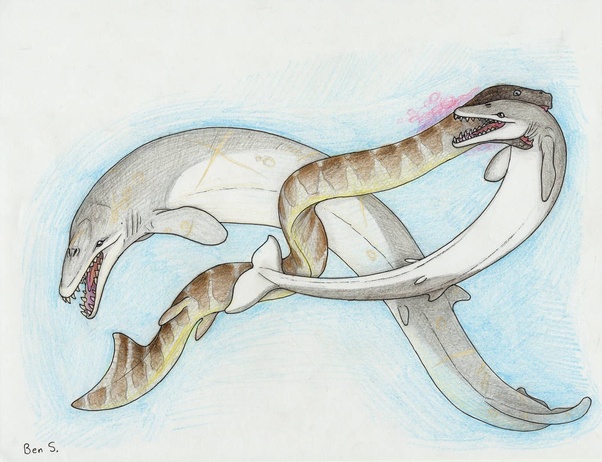 Another Palaeophiid, Pterosphenus, was also pretty huge. Over seven metres long, it too hunted in the Eocene seas. By the way, these giant sea serpents are thought to have given birth to live young and have had warm-blooded metabolisms, making them far from sluggish reptilian monsters. 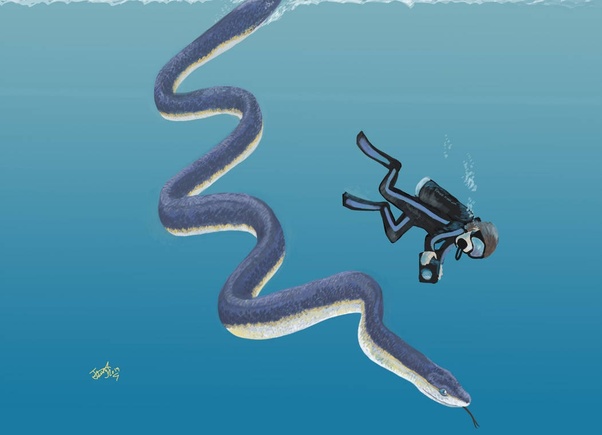 Oh, remember the giant Australian Madtsoiids? A little earlier, in the Pliocene, the continent had yet another massive snake, a giant python. It is Australia, after all. The Bluff Downs giant python (one of the few prehistoric animals with a common name), Liasis dubungila, was over 10 metres long, the largest ever Australian snake.

In prehistory, members of the boa family have also achieved huge sizes. One such boa - Chubutophis grandis - has size estimates ranging all the way up to 22 metres! If that were true, Titanoboa could be dethroned as history’s largest serpent.

It lived during the Miocene along with a murderous menagerie of South American creatures - elephant-sized caimans, giant gharials, huge piranhas, and the largest-ever turtles, to name a few. 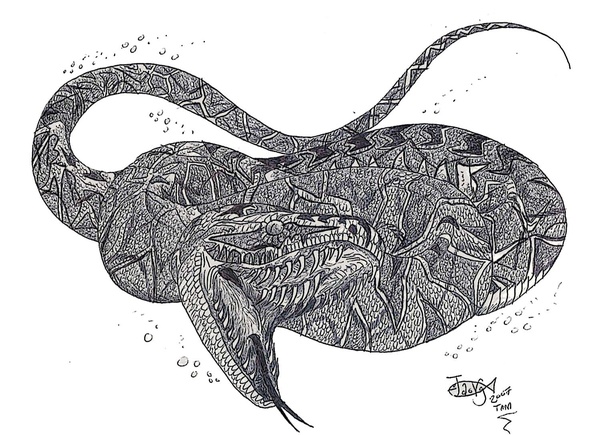 Lastly, I should mention the biggest ever venomous snake, since it’s the venomous ones you have to look out for. Laophis was a viper, similar to a Gabon viper, which lived in the islands of Greece during the Pliocene.

It was twice as heavy as the biggest modern venomous snake and over 4 metres long. That’s not much on the serpents I’ve already discussed, but they weren’t venomous. 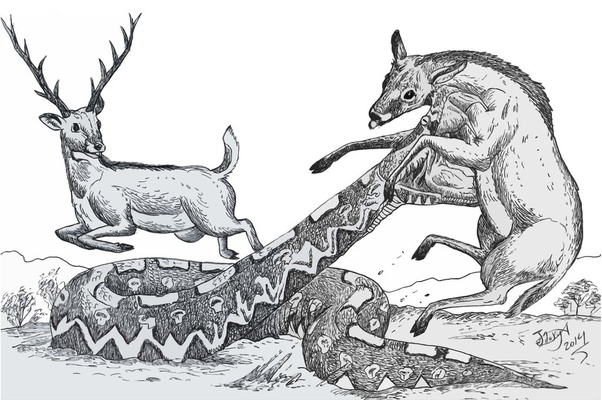 As you can see, Titanoboa wasn’t the only nightmare snake slithering around in ancient times. It might have been the biggest, but perhaps it wasn’t quite the scariest.

Do you feel happy that such monsters went extinct a long time ago? We certainly do! Gail Cusack
So very glad I live in New Zealand, no nasty snakes here...long may that last

Leticia Olsen
😥Since I was a kid I never like snakes. They are like a silent venom.😵‍💫

geoidburns
I&#39;m getting chills reading this!

gridirongreen
ninakamwene, One of Kenya&#39;s poison snakes was brought to America. They named it Barack Hussein.

ninakamwene
In Kenya we have a lot of poisonous snakes albeit not as huge, but still deadly. Thank you for an educational and fun trivia. PS: There are some beautiful snakes, and I think they dazzle you with venom too.

Ilias Tsiabardas
I didn&#39;t want to be living back then

lls
...thx for the info...I now know I want to avoid these at all costs! Yikes!

John W Shreve
Colin Sumner, Or in the sea.

Paul Vickers
Nice information, but think man would have still made it extinct

Bob Pam Hanna
Yipes!! Sure glad I wasn&#39;t living back in those times!!

Don Racette
Criona Walsh If they were around today DOGgone it you and I would get rid of them.