If you had to associate an animal with each of the 7 deadly sins, what would you pick? 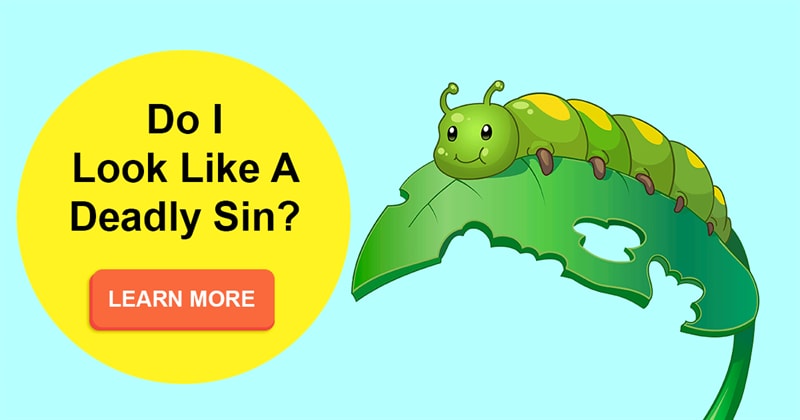 This is a cool question. The seven deadly sins are as follows:

Well, the first one is pretty easy, since there’s an animal that was named after one of these seven sins. (No, not the gluttony. Try again.)

This guy moves about as quickly as me in the morning before a hefty dose of caffeine. Sloths are so slow that algae grows on them. Their strategy allows them to stay hidden from predators in the trees though, so it can’t be all that bad. 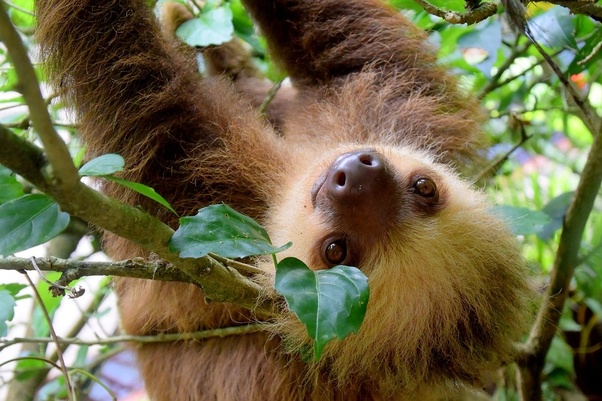 Plus I’m too cute to eat! (Don’t mention eagles…I don’t want to upset him) (Credit: Pixabay)

The Very Hungry Caterpillar wasn’t bullshitting. These guys really do love to eat. Especially Monarch caterpillars, by the sounds of it:

Monarch caterpillars–like all lepidoptera–have a voracious hunger, gorging on 200X their birth weight in milkweed leaves in a brief 10 – 14 days.

(From: Monarch Caterpillars Have Supersized Appetites, Eat 200X their Weight in Milkweed Leaves.) 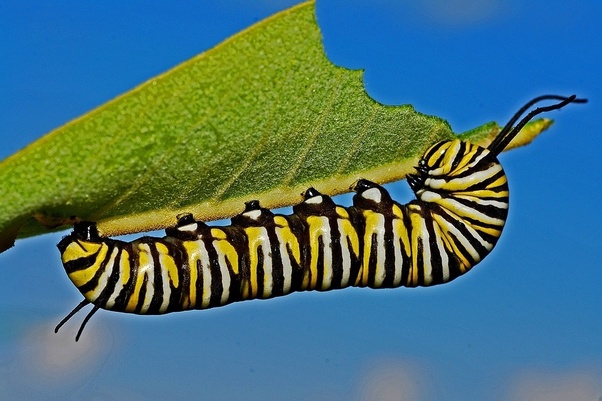 This large frog will try to eat basically anything that strays into its path. On an unrelated note, it also leaves a little to be desired in the fatherhood department. 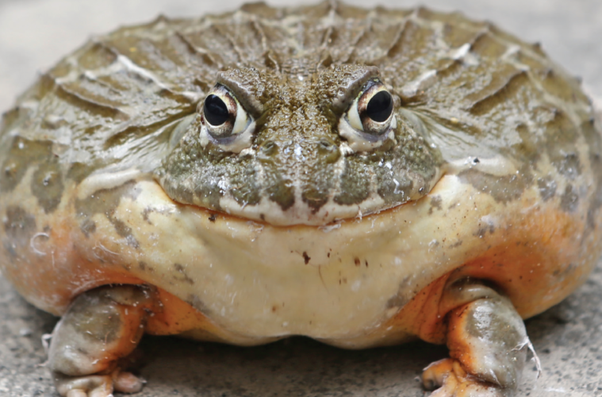 There’s only really one choice here. If you’ve read my recent answer you’ll know why:

Alex Cooper's answer to Who would win in a fight between a chimpanzee and a bonobo?

Bonobos like sex. Lots of sex. Male-on-female, male-on-male, female-on-female…they’re not too fussed who the object of their affections is, they just want to have a good time.

(Hmm, I’ve seen very similar phrasing in someone else’s answer to this question. And written shortly after my own answer about bonobos. Gee, what a coincidence!) 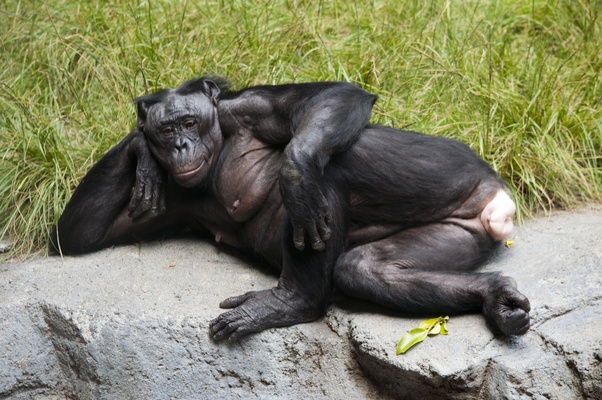 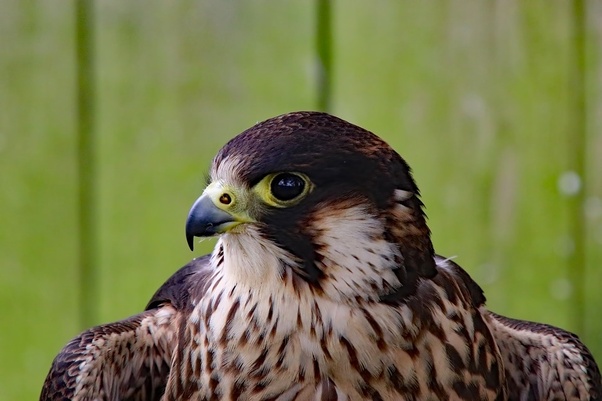 You shall never tame my wild heart, human. (Credit: Pixabay)

I’d say most birds of prey have a haughty attitude and it can be hard to tame them. They’re also “proud” about their appearance (keeping themselves well preened) and can be quite territorial.

If anyone has any experience of falconry maybe they could let me know what the best example of this trait is (perhaps other falcons/eagles/hawks/owls?). I’ve just used a picture of a peregrine because they’re one of my favourite birds.

Also…We’ve already got sloth and bonobo, gotta go a bit less obvious and not pick the lion!

Behold: the adorable adelie penguin, or (unofficially)“formal chicken”. Look at that little tux… 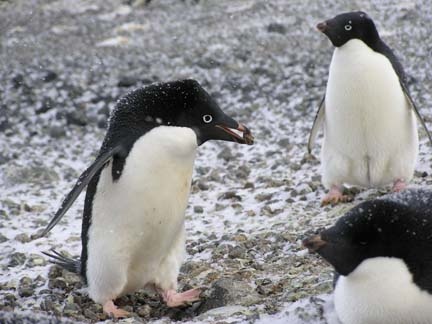 If you look closely, you’ll see this little guy has a pebble in his mouth. Adelie penguins make nests out of rocks, to protect their eggs from melted snow.

“Thou shalt not covet thy neighbour’s rocks” is a well-known commandment in the Birdble, but some individuals don’t listen. They’re envious of others’ beautiful nests and sometimes resort to stealing.

"It's a lot less energy and effort to steal a rock than to go find one," deNapoli said. "They'll steal a rock from a neighbor's nest so they don't have to go hunting further away like down to the shoreline."

Yep, the cute little chap above is probably a petty criminal. I want to see a receipt for that pebble.

(From: Penguins Steal From Each Other To Keep Their Babies Safe.) 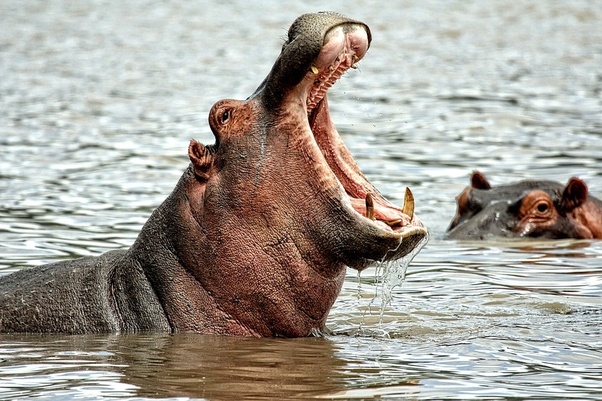 What scandalous lies! You’ll pay for this! Oh… maybe I do have anger issues. (Credit: Pixabay)

The hippo is a pretty good candidate for exemplifying wrath, or “extreme anger”. They kill more people per year than any other mammal, and they’re fiercely territorial.

While they don’t eat meat, they’ll kill for the sake of it and even if the other animal isn’t a threat (there’s a video of a hippo killing a small antelope that’s stuck in the mud…dick move hippo). They’ve probably got a chip on their shoulder from all those movies portraying them as cuddly and friendly critters. Deena Grady
Personally, my opinion is the human animal fulfills the descriptions of the 7 deadly sins; not all but many human animals do. I&#39;ve met lazy, greedy, gluttonous, envious, prideful, wrathful, and lustful human animals...

Lynne Cage
alexcooper, enjoyed reading this, good for a laugh 😆 alexcooper
I wrote this, but I wasn&#39;t aware it had been shared to this website. For those complaining about the language, it was written for a different audience who are already familar with my writing. I&#39;m not particularly happy that my stuff is being profited from on this site.

Cheryl McMeekin
I think the hawk and the bonobo&#39;s are very interesting. When I travel I look for Hawks and buzzards to pass the time.

Ilias Tsiabardas
Thanks for the information very interesting !!! hector tubens
Irma Rivera, I agree with you. I&#39;m from New York City and we have our book on cursing but I just find it surprising the author went for it regarding the 7 deadly sins on Quiz Club. Jeannie Sell-schroeder
If you think hard enough and use your imagination you can &quot;associate&quot; about anything. I don&#39;t think the foul language was necessary.

Irma Rivera
Wow is the first time that I see bad words in the quiz club!!! Am totally surprised I know and understand that nowadays kids say worse things but a lots of us have high morals!

Elsy O. Stromberg
No need for the dirty words!!

Isabel Laing
I had to go back to check on the language, there were a few words underdisirabe but not to bad at all. Good choice of animals. I would have put peacock for pride, Any other ideas. YvonneandHoward Kumbier
Hey, potty mouth...get yourself a thesaurus ...your limited vocabulary is boring, at best....

Jacky Pierce Friedman
I agree with some of the comments. I don&#39;t mind the occasional &quot;bad language&quot;. Wasn&#39;t a like it was the &quot;F&quot; word. Or others just as bad. I too have heard kids say worse. Little kids. 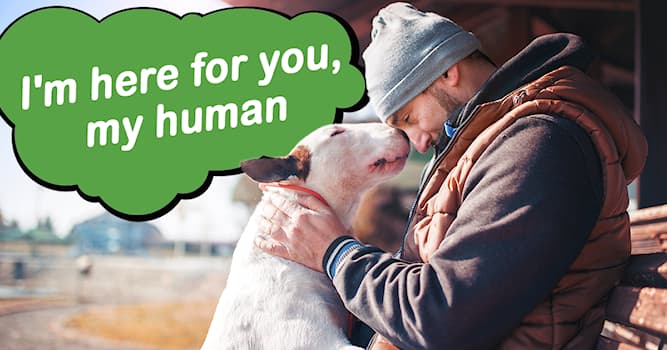