Why do ants die after the queen dies? 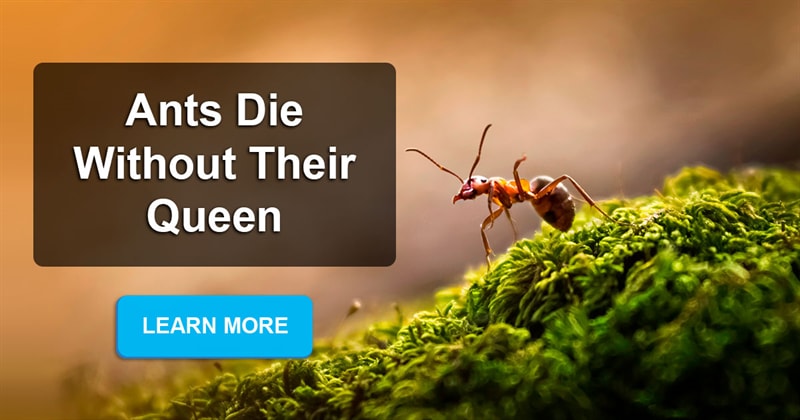 A fundamental fact about social Hymenoptera (wasps, ants) that most people, including entomologists, are unaware of: they cannot live without their larvae.

Next time you see an ant’s nest, a bee hive, a hornet’s nest, remember: that structure is essentially a neonatal ICU!

Why? Look at an ant’s body below: 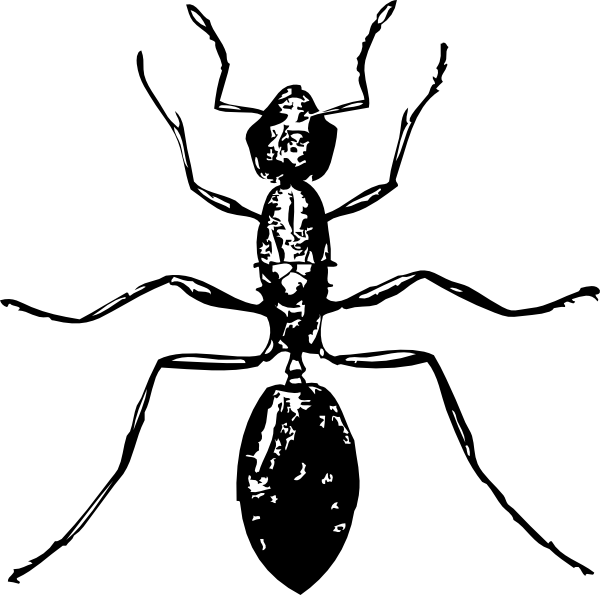 Did you notice the waist? I tell you: the individual’s stomach is located after the thin waist. That means an ant cannot eat solids. 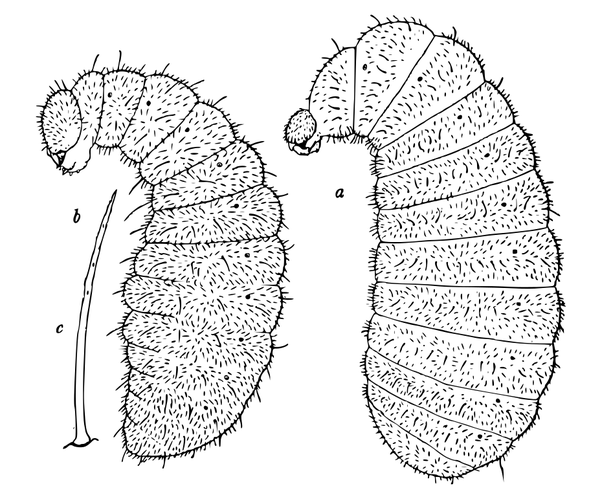 So, this is what happens: ants are working hard together in that nest mainly to bring up hundreds of babies. They come out to get food and bring it back to the nest, then they chew it up and place it on their larvae. Larvae will swallow and digest the food for them. Especially protein. Larvae secrete nutrient-rich liquids back to the ants, which is their main source of amino acids and fatty acids.

What happens when Queens die? No eggs, hence no larvae.

What happens when there are no larvae? Bad nutrition, ultimately no reason for the nest. Ants gradually get disorganised, after few weeks they die.

Notes: the same applies to other social Hymenoptera, such as wasps. Image credits: ant drawing from Clker.com, ant larvae drawn by Wheeler & Wheeler . [*] - Actually in many ant species, mainly within acidic-producing Formicinae, workers can also lay eggs and thus sustain the colony for long after queen(s) death.

P.S. Wasps and more ‘primitive’ ants can more easily produce a new queen who will be the next mated female in the hierarchy. However if none of them is fertile enough & mated, the nest won’t last long. Bees work differently.

Important technical notice: Queens normally live longer than workers. Nowhere in this answer I meant to imply that larvae can somehow enable workers to live as long as queens! (Some reader took it that way.)

Was this information new to you? Which fact seemed the most surprising? Sydnie Davis McCutchan
Thank you, did not know any of this Evelyn Baker
They all did die.

beaniesmum
Very imteresting. I did not know about the larvae and colony ants digestive system.

Ed Harriet
This was great.

Diane Thompson
Very interesting. Our great God of heaven is so amazing how He gets everything to work. We battle sometimes to train our pets. The Lord knows how to &quot;train&quot; everything.

lilysvn
I had always heard that some of the larvae were fed royal jelly and would become the next queen if need be. If the need did not arise, they would grow wings, swarm and form their own colonies. That is why in the Spring we see flying ants. Only the would be queens and their prospective mates grow wings.