This is actually an interesting question because it involves the term "thirst," which is defined as a drive to drink water.Mammals exhibit this drive, and they drink as part of the physiological control mechanisms they use to maintain salt and water balance. Other key mechanisms in water and salt balance primarily involve the kidneys, which are regulated largely by hormones. Animals that live on land face a constant threat of dehydration, and thirst provides a drive that helps maintain salt and water balance through drinking water.

Fish, on the other hand, live in water. The question sometimes arises about whether or not fish drink. The answer is that they do; at least, many teleost fishes do. Fish that live in fresh water have blood with a higher concentration of salt and other solutes than the surrounding water. Because their gills are in constant contact with the water, fresh water fish face a constant threat of their blood diluted, so they don't use drinking as a mechanism to maintain the high solute concentration in their blood. Fish that live in salt water, however, have blood with a lower solute concentration than their surroundings and, like terrestrial animals, face a threat of dehydration.

Salt water teleost fish do drink to help maintain salt & water balance in their blood. They differ from terrestrial animals, however, in two respects. First, they don't have to search for water; since they're surrounded by water, they drink very frequently. Second, the neural circuits that control drinking are different in fish and mammals. In fish, these circuits are located in the hindbrain, but in mammals they are in the forebrain. Drinking in fish is considered to be a reflex and is thought to occur without any thirst arousal. Thus, although fish drink, that doesn't necessarily mean that they get thirsty! Current thinking suggests that they don't. 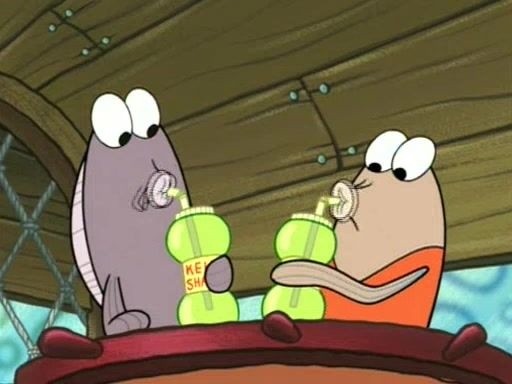 Have you ever thought about it? Do you find the fact that fish do drink water surprising?

G.
tdelisi, from what I can remember from my Bio classes at Uni, fish is plural if you were talking about one species like look at all the fish (if it is a bowl of multiple goldfish) but with multiple species then it was to be fishes. But again it has become acceptable to use fish as a plural in that instance also since so many just knew that the word fish could also be plural. So fishes in this context is perfectly fine. Bob Campbell
tdelisi, “Fishes” is acceptable in the context in which it was used, according to grammarly.com.

tdelisi
Did the writer use “fishes”???? Allan Dowton
The answer is NO, They absorb all the water they need through their gills!

Karyn Mauro Rexelle
I have actually thought about this. Claire Cowlin
We all need water to survive