How come cockroaches can survive a nuclear war but they are killed by insecticide?

Short answer: because insecticides are powerful drugs specifically tailored to affect their neurological system when directly aimed, and many will leave long-lasting residual effect. Nuclear bombs not directly aimed at cockroaches may miss them underground for long enough to allow for radiation to dissipate enough for their survival.

There’s obviously considerable exaggeration on the widespread belief that cockroaches would survive a nuclear explosion.

Of course any exposed cockroach wouldn’t survive being hit by a missile, nor the massive forthcoming shock wave, not even the sky-high radiation levels. What is true is that insects are generally more resistant to radiation than vertebrates because of their smaller size and filtering exoskeleton, and that some pest cockroaches are well-known for being able to survive on limited nutrition and reproduce astoundingly quickly for their size.

This way, many researchers believe that cockroaches would likely survive for longer than vertebrates within any cities hit by a major nuclear accident or attack. Whether this is true or not, time will tell.

Now, insecticides are chemicals carefully selected to affect the nervous system of insects, causing death as soon as possible while last for long on surfaces (residual effect). They are designed to kill cockroaches. While nuclear attacks are designed to vanquish cities. The right weapon for the right enemy, that’s it.

Do you believe cockroaches to be the only creatures that will survive a nuclear attack?

Jaminator
Let us NOT rush to find out if roaches will survive a nuclear blast. While they might survive, it is a foregone conclusion most of us will not. It is also fair to say that the survivors will not enjoy living in the aftermath! Paul Dodwell
“Whether this is true or not, time will tell.” I like the French version of this concept especially in relation to this topic: &lt;&lt;Qui vivra verra.&gt;&gt; “ Whoever lives, will see.”

DIVER DEAN
Pravin Shastri, Inside or out? Norma J Lachmund
Since I will be gone I’ll leave that to the One in charge !

Peter Robertson
There will always be cockroaches.We are still electing them!

Pravin Shastri
I am aware of the immunity of cockroaches to radiation. I am having a tough time in eradicating them from my Micro-oven. .

Michael Roebuck
They become immune because like most things we over use them . It is the same with antibiotics which people demand when they start to sniffle . Use Granny&#39;s old cures for common cold and never antibiotics . There are now super bugs in most Hospitals World Wide that cannot be cured or if they can the drugs are out of reach of most people . I picked up one six years ago when having hip replacement and believe me not a pleasant way to live . 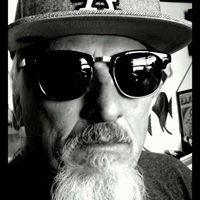 Keith Mauldin
What about Earthworms?

ninakamwene
An excellent article on survival of insects vs humans. Hope it is never tested. William Spires
I hope you are wrong, in the last sentence of next to last paragraph, “time will tell” Implies an eventual test of the theory.

Jim Rivera
Cockroaches. The marines of the insect world. They never leave a man behind.

David Holmes
In my experience they have a tendency to develop tolerance for a particular insecticide, the type used has to be changed periodically.