Is there an international standard governing scientific naming conventions? 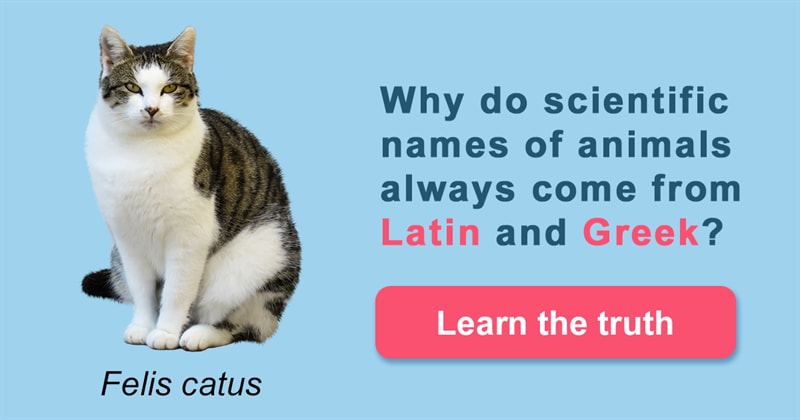 There are lots of different systems of scientific names with different conventions or rules governing them: chemicals, genes, stars, archeological cultures, and so on. But the one I’m familiar with is the naming system for animals, which is fortunately also what the asker of this question is interested in.

The modern naming system for animals derives from the works of the 18th-century Swedish naturalist Carl von Linné (Latinized to Carolus Linnaeus). Linnaeus introduced the system of binominal nomenclature, where animals have names composed of two parts, like Homo sapiens. Linnaeus wrote in Latin and most his names were of Latin origin, although a few were derived from Greek, like Rhinoceros for rhinos, or from more exotic languages, like Sus babyrussa for the babirusa (from Malay).

Other people also started using Linnaeus’s system, and a system of rules was developed and eventually codified into what is now called the International Code of Zoological Nomenclature (ICZN). In this case, therefore, there is indeed an international standard governing naming conventions. However, it does not put very strict requirements on the derivation of names: they are merely required to be in the Latin alphabet (ICZN Code - Article 11).

As this question correctly points out, in practice a lot of well-known scientific names are derived from Greek. This is especially true for genus names: Tyrannosaurus, Macropus (kangaroos), Drosophila (fruit flies), Caenorhabditis (nematode worms), Peromyscus (deermice), and so on. Species names are more likely to be derived from Latin (e.g., T. rex, C. elegans, P. maniculatus, but Drosophila melanogaster is Greek again).

One interesting pattern I’ve noticed in mammals is that even when Linnaeus named the first genus in a group by a Latin name, usually most later names for related genera use Greek roots instead. For example, Linnaeus gave the name Mus to mice, and that is still the genus name for the house mouse, but most related genera use compounds of the Greek-derived root -mys (from μῦς), which also means “mouse”. Similarly, bats for Linnaeus were Vespertilio, but there are many more compounds of the Greek root -nycteris (νυκτερίς); pigs are Sus but compounds usually use Greek -choerus (χοῖρος) or -hys/-hyus (ὗς); weasels are Mustela but compounds usually use -gale or -galea (γαλέη); horses are Equus but compounds use -hippus (ἵππος).

Have you ever thought why the scientific names are mostly derived from ancient languages?

ninakamwene
Interesting but lacks clarity. Thank you though for educating me.

billyboy915
Well, in answer to the question, that was a definite maybe, full of exceptions and variations, leaving us with more questions than answers. SMH

David Holmes
John Bach-Hansen, As an example cardiologist is understood to be a &quot;heart doctor&quot; wherever you are in the world.

John Bach-Hansen
Originally using Latin made sense in order to be understood across multiple languages. Today, in the USA at least, I fail to understand why the medical profession comes up with latin/greek names for their profession. Like a cardiologist instead of Heart doctor, dentist = a tooth doctor. Various illnesses given incomprehensible names so their patients don&#39;t understand what they are talking about. Perhaps, next time, I should bring a dictionary with me.

Steve Tingle
At one time (when I was at college) there were supposedly strict laws on nomenclature, where new names had to be descriptive of the creature, one of our lecturers who had studied and named some new species of fossil forminifera gave a lecture on it. But it seems that those rules were later dropped with new species being,again, named after people, places or other things across the world.

dancohenour
I have thought about Greek and Latin names for various animal classifications. I wished they were in English or another modern language. Then I realized that all languages eventually become ancient and mostly unused. So in the far future, English will be a classical language, causing students to have headaches.