Who owns the land on Mars? 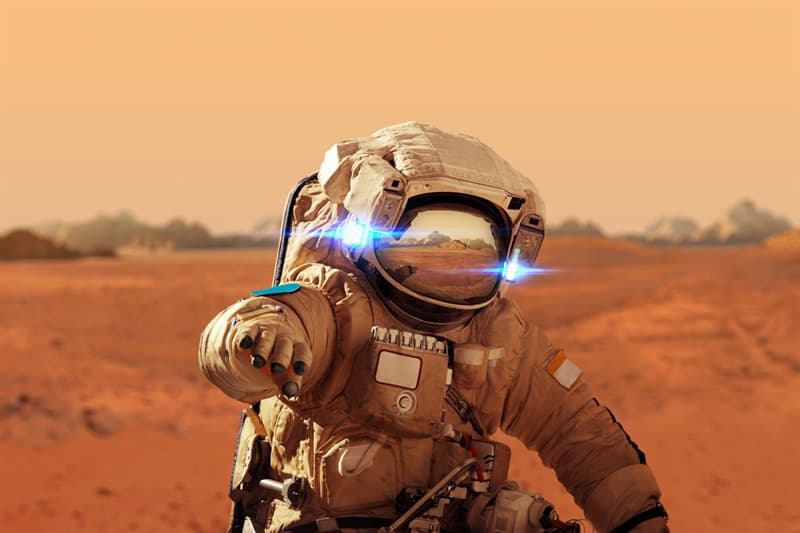 “Who owns the land on Mars? Suppose I go there and [claim the planet by right of conquest or first discovery] and say ‘hey, I’m selling the whole planet’…”

Sorry, friend, can’t do that.

The Outer Space Treaty of 1967 clearly states that all extraterrestrial real estate “belongs to all mankind” and cannot be claimed as sovereign territory by any nation-state. That kind of sovereign ownership used to be fundamental to any subsequent private ownership claims: the “crown” (or whatever government) had to deed it to you somehow. Nowadays, land ownership can derive from a legal regime, either a nation’s constitution (which inherited “sovereignty” from the old monarchies) or by an international treaty that establishes such a regime… which in this case is exactly what the Outer Space Treaty does.

On the other hand, the OST-1967 does not make private ownership illegal in space or on other planets. Like any good legal regime, the OST-1967 laid a foundation, and later laws passed in nations that are signatories to that treaty have been building upon it. For instance, both Luxembourg and the United States of America have passed laws that clarify property ownership of “space resources,” whether acquired in free-fall (like asteroids, comets, or even the solar flux that photovoltaic panels turn into electricity) or on a planetary surface, or beneath it (like any resources you collect on Mars… or Venus or whatever).

So, as I understand it currently, you can land on Mars and set up your settlement: you own all the stuff you brought with you, but not the land you plopped it onto.

But as your construction bots bulldoze regolith up onto your inflatable dormitory to protect it from radiation, that regolith is now a “resource” that you’ve collected and are using. Now you own that too.

Your Sabatier-reactors (no radiation, don’t freak out) and your RWGS plant begin sucking in the thin Martian atmosphere and making oxygen, methane, and water out of it. You drill a well down to a geothermally-heated aquifer deep beneath your settlement and use that well to generate electrical power, heat your settlement, do cool science with it (look for microbial life!), and very carefully filter it so you can add it to your water supply: all those “resources” now belong to you.

But you’ve made it complicated now. You have drilled a well and have usage rights to that well… does that give you “water rights” to the giant aquifer you tapped? To some degree? You have built so much stuff on a clearly-delineated area: even though you cannot own it like “real estate,” haven't you established a whole blanket of rights to it just as if you’d homesteaded it or staked a mining claim?

You have a launch & landing pad nearby (not too nearby) with radar telemetry around it: you don’t own the rights to the open air above your launch pad because you own the pad, but you can assert those rights because of the way you use that resource: your future neighbor can’t build a bridge right over your launch pad because it would interfere with your ability to use the improved space resource that belongs to you.

Your rude neighbor could be an idiot and set a fragile inflatable dome next to your launch pad, since you can’t point to a property line and say “behind that, fella”, and since it does not physically interfere with your use of your property. You have the right to go on using your pre-existing launch facilities and roast his dome. In that way, it isn't a question of property rights but wisdom vs idiocy.

You can see that once people actually begin “harvesting” and “improving” space resources, property laws will mature pretty quickly. They haven't yet… but the fundamental legal regime is clear: Mars “belongs” to everyone—and therefore, in a practical way, to no-one.

Do you think it is possible that people will colonize Mars in the future? Tell us in the comments below!

Karen W
I figured it was Elon Musk.

denise denbru
I thought it would belong to the Martians, lol!

Doris Dallaire
A potential for mankind ruining things up there too. catsmeow
That was good Michael Phillips
Would make a good prison for hardened criminals.

littledick
Who would want to live in environments such as this, moon, Mars or whatever. Special clothing to keep you alive would have to be warn whenever you ventured outside, boxed in like you wouldn&#39;t believe. No thank you. At any rate, I believe we have a similar treaty right here on earth, with respect to Antarctica.

segarolow
Don&#39;t to worry. God has this all taken care of.

gjbrodkey
I intend to stay right here on Earth. Ellen del Valle
You might if it were used as a hostile military station.. Janice Bishop-Magoon,

robert karel
The Martians own Mars. Will the same happen to them as the Native Americans here?

Ray Anderson
Don&#39;t the martians get a say in this? 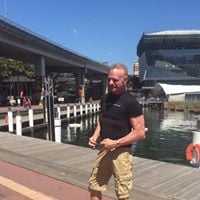 Robert Crowhurst
God are you serious...

tracewallace
Too bad we humans don&#39;t use the same rules here on our home planet