Why do I look good in the mirror but bad in photos?

Quite simply, your face is the wrong way round.As a portrait photographer, I've found about 90% of people will say they hate having their photo taken and are the least photogenic person in their family (if not the world).What I discovered was when I flip the image of someone on my computer, most people prefer it.We have spent our lives seeing our faces in the mirror, and we have become used to seeing our face that way round. So when we reverse that image, it doesn't look right. No one has a perfectly symmetrical face.Most people part their hair on one side rather than the other.Most people have one eye slightly larger than the other.Most people have one curvier eyebrow and one straighter or pointier.Most people smile slightly more out of one side of their mouth than the other.Most people have a mole, scar or facial feature on one side and not the other.And so it goes on.So if your nose goes 2mm to the left, then when your image is the other way round it appears to be 4mm to the right of where you're expecting it to be.When you add all these things together, when you see your face in reverse to how you expect it to be, it's you, but not you. And that makes you feel uncomfortable.Consider this image of one of the world's most famous faces - Leonardo da Vinci's Mona Lisa. Which version to you prefer - the one on the left or right? When I have shown this image to photography clubs I have given talks to on portraiture, 90% of the audience prefer the one on the left - the way she was originally painted. When I put up an image like this (original and flipped side by side) of someone no one knows, I get a 50/50 split in preference.And that's because most of us are more far more comfortable with what's familiar.So when you look at a family photo, or group shot, everyone else looks as you expect them to - the way you see them every day. But you don't. Your face is the wrong way round to what you are expecting. So you think you are the unphotogenic one. Meanwhile, everyone else is thinking exactly the same thing. So when you say to your sister - "you look great, but I look awful in this" - she thinks you're crazy, because to her you look fine and she thinks she's the odd looking one.Find a photo of yourself and hold it up in the mirror - look at its reflection. And if it looks better to you that way round, it will look fine to everyone else the normal way round.

Do you like your photos a little more now? We hope you do, because every human being is amazing! Bill Knott
obvious but i never really thought about it. Same with voice recordings. I sound much better in my own head. 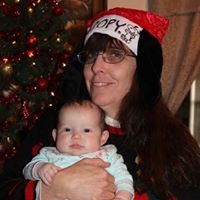 Anne-Mychelle Smith
When I was younger I looked better in pictures than I really do.

Janice Lea Vanlandingham
Alana King, yes when I listen to the answering machine (or voice mail) I sound very much unlike myself.

Janice Lea Vanlandingham
Thank you and nowI know why I feel like a freak. lol Alana King
Bill Knott, Yes, I have no doubt voice recordings work the same way to our ears. We are so used to hearing our voice a certain way when it comes out our mouths, so when we hear a taping of it, the pitch and vocal sounds different. I know that I sound higher and it&#39;s weird.

Jan Mohamed Shaikh
Looking in a Mirror &amp; thinking about you-- it is one&#39;s perspective!!!!!!!

Glenis Nichols
Some of us are just ugly.

Douglas Oaten
I have always been annoyed with that Christine Weatherford
🤔 I never thought of it that way. VERY interesting. Now I’m going to have to get a photograph and look at it in a mirror.