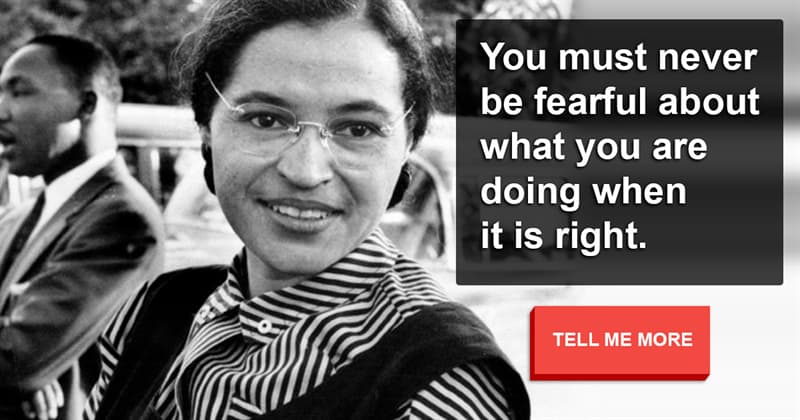 Rosa Parks was a brave woman who was not afraid to stand against racist segregation laws on her own and mark the beginning of a great change. More than 60 years after her victory, her words of wisdom continue to inspire millions.

On December 1, 1955, in Montgomery, Rosa Parks refused to give up her bus seat to a white man and was arrested. She refused to pay the fine and continued to stand her ground, which resulted in an African Americans' boycott and started the Civil Rights Movement.

During the year, multiple protests took place - African Americans refused to use the buses. They had to walk long distances to get to work, but they didn't give up. More and more black people were joining the movement. Montgomery transport services started suffering losses (black people made up 70% of bus users), and white people were becoming more and more violent.

Nevertheless, the protesters were unstoppable. After 381 days of boycotting the buses, on 13 November 1956, Alabama's Segregation on buses officially ended, and Rosa Parks became known as “the mother of the civil rights movement”.

Here are some of the most inspiring and powerful quotes from a lady who was strong enough to encourage others to stand up with her and win:

Do you agree with these sayings? Which one is your favorite? Do you have any other powerful quotes to share with us?

Tell us in the comments!

Linda Spreng
A marvelous human being. We&#39;d be best served by paying very close attention to her quotes. omotayoali
All of this is so true. Susan Golebiewski
Beautiful woman. Rosa made a great deal of sense. She was very wise.

marleyventures
Jun Soriao, but she didn&#39;t. And it changed the human race for the betterment of us all. 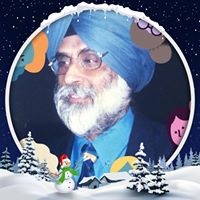 Jun Soriao
She&#39;s the typical idealist and not pragmatic enough to make room for the bitter realities of life. Was she a martyr for a cause? Or was she a person who had the street smarts to tread the lanes of least resistance? Did she have the survival instincts that every sane person should have adapted for themselves to minimize the threat of great peril to their very existence? It seems easy to ideate let alone call out those who might have acted out of folly by fostering their own attitudes toward others. She could have just sat it out inside that bus and let others stand and endure the pain of standing it out while the bus took its course.

Ketan Patel
I remember reading about her in Primary school all those years ago. Some events will never be forgotten and this falls into that category. Much respect to Rosa Parks.

Jonathan Onike Roberts
I was their with you on your last journey in Washington DC, what a honor for an African,thanks.RIP

littledick
ninakamwene, We are all &quot;persons of color&quot;. That is, we are all shades of brown, from the darkest brown to the lightest ecru. Wish we could get over this color clap trap. If you&#39;re black, you&#39;re necrotic, if white, some bloodless zombie from the underworld, and if yellow, VERY jaundiced and whoever came up with the &quot;red&quot; business is off their rocker.

Eileen Dunn
Such wisdom and strength. No.5. Each person must live their life as a role model for others. My mother was my role model.