What is the difference between a church, a cathedral, and a basilica? 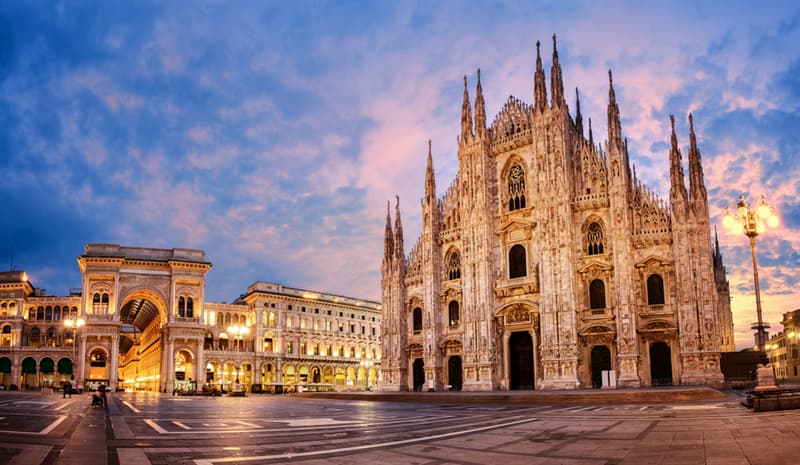 A church is a "house of worship," a building in which Christians gather to perform the rituals of their religion and interact with one another and hold religious functions and so on. They can be very plain, very simple. The ruins of an ancient church.

A cathedral is a church which is also the "seat," in the bureaucratic sense more than the literal sense, of a bishop (or, in some denominations, another comparably high-ranking ecclesiastical figure). You therefore ordinarily see just one cathedral per denomination per city. Because bishops are responsible for an area —in Catholicism a diocese— a cathedral can also be thought of as the church associated with the administration of an area.

A basilica was originally a Roman building featuring certain architectural elements that supported its use as a public, open facility for business, trading, etc. These typically —but not always— included colonnades, naves, and aisles, not unlike a modern pedestrian mall. Floor plan of a Roman basilica; note how stalls for vendors become naves for chapels.

When some churches were built with similar features in the time of early Christianity, they were called basilicas. Later, in Catholicism, the term acquired a new meaning: the pope designates some churches basilicas for a variety of reasons, and they become important sites:
"The papal or major basilicas outrank in precedence all other churches. Other rankings put the cathedral (or co-cathedral) of a bishop ahead of all other churches in the same diocese, even if they have the title of minor basilica. If the cathedral is that of a suffragan diocese, it yields precedence to the cathedral of the metropolitan see. The cathedral of a primate is considered to rank higher than that of other metropolitan(s) in his circonscription (usually a present or historical state). Other classifications of churches include collegiate churches, which may or may not also be minor basilicas."

So basilicas as Christian buildings are mainly a Catholic phenomenon. And indeed, the world's most famous basilica is of course St. Peter's in Rome, designed in part by Michelangelo, its plaza and baldacchino by Bernini, its balcony where crowds see their pope, etc. It's especially beautiful inside: What is your opinion about that? Share it with us in the comments below, please!

Janice Lea Vanlandingham
Marilyn Chris Scott, I quit churches and religion 50 years ago. All any of them are about is money. I believe in God and Jesus, when I feel the need to get closer to them I go the the great outdoors.That is all that is needed to be close to the father and son. Of course every one will disagree with me, but I moved beyond the small minds that reside in religion.

Barb VanDusen
Interesting but God is not found in church alone - God is omnipresent in our hearts, our homes and outdoors - anywhere and every where no matter how he is called or what faith you believe or are comfortable in

Strydomlaurie
A Basilica also contains an icon ( i.e. a bone or preserved body part of a saint).

arnellb
just believe in ONE supreme being ! Be kind .....

ironheadrider
That is the difference between the church and religion. They aren&#39;t necessarily the same Yogi Arya
Religion is poison. The temple of good human behaviour have turned into dens if the corrupt. Wonder of wonders ! Why Does God need money ? God is unable to manage financial affairs , so people are needed to manage financial aspects ( money flowing in temples, churches, mosques, many more ) . My god is omnipresent, all powerful, all pervading &amp; all persuasive too . In Your HEART just reach out to god , &amp; your hand will be held.

Doug Maui
Why do we put such wealth and effort into the worship of something totally meaningless, a make believe Thing which has No real purpose ?

MarkWR
I have no opinion.

wbefa
I particularly dislike anything about the Roman Catholic Church, especially in view of the recent abuse scandals!

Kathryn Cavanagh
Bob Blumrick I have read the bible, four times from front cover to back in a disciplined way, a portion per day . Since finishing it the 4th time I have simply read a chapter from where ever each day. I STUDY the bible as I am one of Jehovah&#39;s Witnesses and happy to be one of over 8.5 million who say the claim the same thing. All the hypocritical churches will be done away with in Jehovah&#39;s own time, all FALSE religions. Thomas Proudlock
So if your information is precise, please explain why in Cholula Mexico, there was a need for more than thirty “churches,” and not one cathedral.

Stephen
Why is it that when the general public and Hollywood thinks of churches, they see images of the large catholic cathedrals ? This is not church nor is it anywhere near Christian. The Catholic Church is an apostate cult.