What were the beauty standards of ancient Rome like? 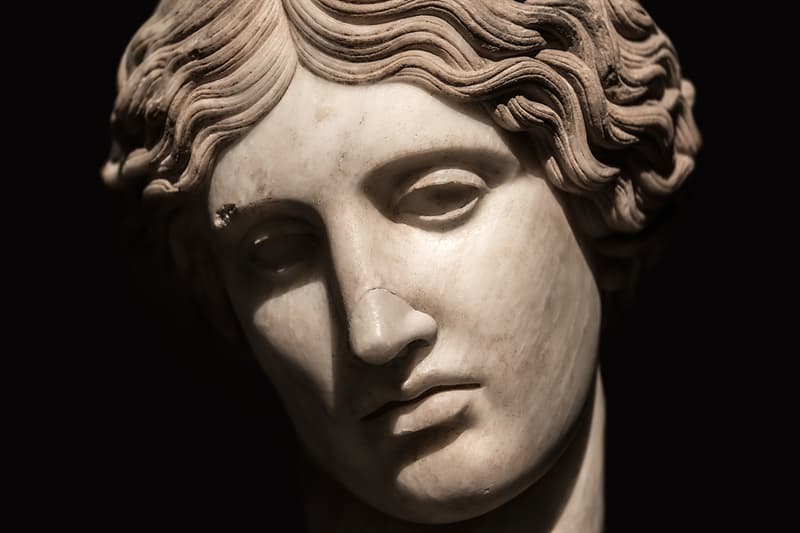 Both for women and men, Romans inherited the Greek standards about symmetry and harmony. Beautiful bodies were proportioned in shape, limbs and face. The canon for the face was large almond-shaped eyes, sharp nose, medium-sized mouth and ears, oval cheeks and chin. Smooth white skin was very important for Roman women. To keep it beautiful, they put at night a mask called tectorium (traditionally invented by Popea, Emperor Nero's wife), which they would remove the next day with milk. They exfoliated their bodies by smearing olive oil and then applying calcium carbonate or with pumice stones. Then they rinsed the mixture with water or with scented oils (cedar, myrrh, pine, lily, saffron, quince, jara, violet or roses). Women in the aristocracy also took milk baths (although Cleopatra is famous for it, it was a usual solution).

By the 1st century AD in the city of Rome the obsession with white skin became very important. Many women used products like bean flour to appear the maximum pale but according to Galen some of them also used lead powder which is extremely toxic. In the rest of the cities of the Empire it seems that the colour of the skin wasn’t as important and they prefered smooth skin, without wrinkles, scars or blemishes

Women had to be careful with cosmetics because applying them too much was considered only proper for lupae (prostitutes). They had to enhace their natural beauty with what Galen called ars onatrix (art of decorating) which used only cleaning and protecting products made usually from milk or honey.

The most used cosmetic was colour for the cheeks, which was considered healthy (although Plutarch advises to not use too much). They obtained it from wine grounds, red earths or orcaneta (an herbaceous plant from which red ink is extracted).

By Greek influence, the eyebrows were very thick, painted with antimony or soot to create almost a unibrow. This custom fell in disuse at the beginning of 1st century BC and they started trimming the eyebrows. Long eyelashes were considered very beautiful (from the writings of Pliny, some women were totally obsessed with them). Eyes were shaped as big as possible with black antimony powder.

Only in very special occasions, and after Cleopatra went to Rome, some women shaded their eyes with greenish clays (rich in celadonite, malachite or glauconite) or with bluish earth containing zurita.

Even when they knew of several products that could serve as lipsticks, they didn’t seem to use them.

White regular teeth were very valued (both in men and women). For a long time they used pumice powder or vinegar to clean them. Hispani used urine and this was considered very funny for the Romans (Catulus made a poem about a friend using this method). In the 1st century AD Escribonius Largus, the physician of the Emperor Claudius, invented the first toothpaste based on a mixture of vinegar, honey, salt and heavily crushed glass.

If they were lacking teeth, they could use false ones made from ivory, human or animal teeth, sewn with gold.

For centuries Roman women considered mahogany (or red) hair the most beautiful. When Julius Caesar brought so many Gaul slaves to Rome, blond hair became a new obsession (and probably blue eyes, too). Many women started dying their hair with vinegar and saffron, sprinkling it with gold dust (or using gold hairnets) to make it golden. Pigeon droppings, goat fat and caustic soap were also used at the end of the 1st century AD. If they didn’t have enough hair, they had wigs made with real hair from German slaves.

The Republican hairstyle was quite simple, parted in the middle and a bun. In imperial times the fashion were complicated creations with several layers. Even modest women used crossed braids over the forehead. Married women, like vestal women and priestesses, would wear a hairstyle known as sex crines (six braids). About body hair, from the existence of slaves only dedicated to shaving, historians think that they shaved the whole body. The mosaics don’t show hairy women. The ideal Roman was defined as tall (around 5’7”), muscled and toned with long strong legs and a tanned tone of skin (some men used make-up for face-whitening and they were believed to be immoral). The ideal face was high and broad forehead and wide eyes, a strong nose, a symmetric shape and a powerful jaw.

Strong and thick hair was a sign of virility. Curled black curls were considered very handsome although by the 1st century BC blond hair was also an ideal of beauty in men (for this reason many emperors are described as blond). Being bald was so badly considered that we know that Julius Caesar combed his hair to cover his baldness and Caligula hated seeing a man with a luxurious hair.

By the 3rd century BC Roman used to shave daily or at least cut very short their beards and hair. Young rich people would let their hair grow long and tie it with a strip. They also sometimes experimented with some beards, but they wouldn’t become a fashion until Hadrian (117 AD), a tendence which would last for around two centuries. Roman men also used cosmetics to treat wrinkles, freckles, blemishes and scales on the skin, although using them too much was considered effeminate. The same happened if they removed too much body hair, while barely removing it made them look unrefined. So they shaved at least chest, stomach and probably the buttocks.

Do you find ancient Romans attractive? Were their beauty standards close to modern ones?

David Colloby
AND The best of all they had NO TATTOOS Vladimir Orozco
The standards of beauty really has not change that much, we still following the clasic beauty as the ideal, specially for women.

steve
Roman women were eager to have &quot;big&quot; eyes, which led to the use of anticholinergic derivatives from plants (e.g., deadly nightshade, etc.) as eyedrops to dilate the pupils. These compounds became known as Belladonna Alkaloids. &quot;Bella Donna&quot; is Latin, translating to &quot;beautiful lady.&quot;

Laura Peterson
Paintings are from Pompeii I think.

lilysvn
Interesting, but pictures would be nice Judi Hanan
Some things still remain the same like wanting big eyelashes. I don’t think we ever came back to wanting to be pale. Love the history...