How much does the moon weigh? 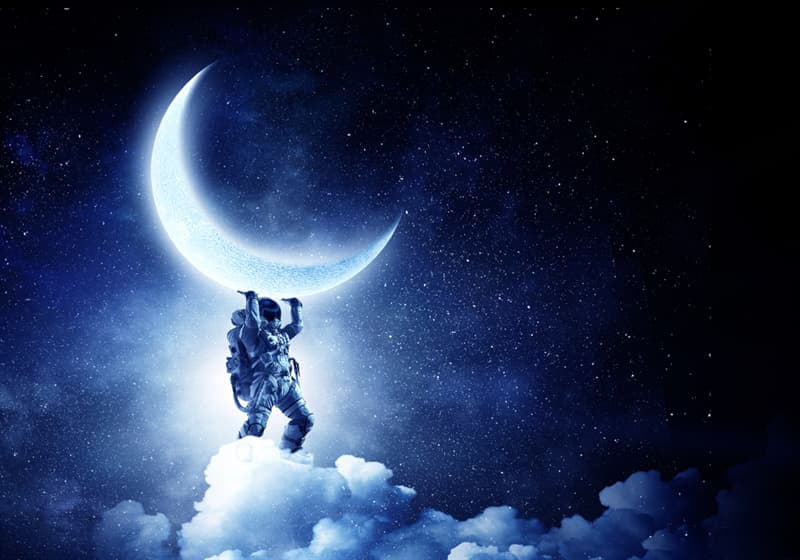 But the moon doesn’t weigh anything. Weight is directly related to mass, but it’s not the same thing as mass even through we call units of weight and mass by the same names. Weight is the force exerted by gravity against a body resting against a larger mass. The moon is in freefall—in orbit—so it doesn’t weigh anything. If it were placed on the surface of the Earth, it would weigh about 7.3476 × 10^22 kilograms—but only for a moment. Then it would collapse under its own weight and become a rather disastrous pimple on the Earth until it broke through the crust.

That would be a bad day.

But fortunately, there is no realistic way that could ever happen. The moon is in orbit, which means it’s falling toward Earth (which is why it doesn’t “feel” our gravity—it’s weightless), but it’s also coasting away into space such that for every meter it falls toward us, it moves far enough for Earth’s surface to curve away one meter. Therefore, like any orbiting body, it goes round and round and round.

This weight vs mass thing confuses a lot of folks because in colloquial English we use pounds and kilograms for both measurements of weight and mass. That in turn is because we figured all this stuff out on Earth, where it was simple and practical to measure mass by measuring weight. In other words, because we are earthlings, we define units of mass as equal to the observed units of weight as measured on Earth. 1 lb mass weighs 1 pound weight in a gravity field the as strong as Earth’s.

Do you know the difference between weight and mass? Was the answer surprising?

David Holmes
Interesting, I remember having the mass/weight bit drilled into us in high school physics. Anthony Watts
Very interesting, particularly what happens when it &quot;lands!