If time travel did exist would people in the future even tell us? 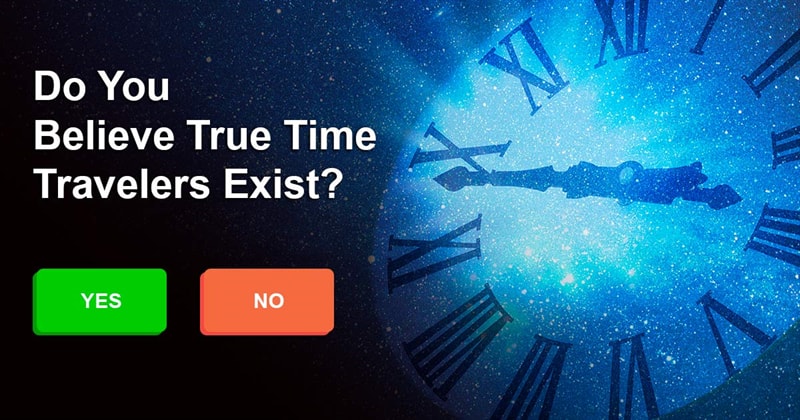 They possibly already have; and we didn’t believe them.

There’s the story of John Titor, who appeared on internet bulletin boards of the 2000’s saying he came from 2036, and that the many worlds theory was true, which may explain why some of his predictions have not followed through.

A video uploaded in 2006 shows a Swedish man named Håkan Nordkvist claiming that he had been accidentally transported to 2046 when attempting to fix the sink in his kitchen. There in the future, he immediately met someone who revealed and proved to be himself about 70 years old, and with whom he "had a great time". He filmed a short footage of the two smiling and hugging each other and showing the tattoo they had in their right arm.

Andrew Carlssin was reportedly arrested in March 2003 for SEC violations for making 126 high-risk stock trades and being successful on every one. As reported, Carlssin started with an initial investment of $800 and ended with over $350,000,000 which drew the attention of the SEC. Later reports suggest that after his arrest, he submitted a four-hour confession wherein he claimed to be a time traveller from 200 years in the future. He offered to tell investigators such things as the whereabouts of Osama bin Laden and the cure for AIDS in return for a lesser punishment and to be allowed to return to his time craft, although he refused to tell investigators the location or workings of his craft.

The trick is: how do you tell the difference between a true time traveler, and a hoax or scam?

If future facts diverge from his story, is it becuase his story is wrong, or because his very presence has changed things?

Most of the supposed photographic evidence of time travelers can be easily debunked as people not knowing what they are actually looking at.

The woman with the “cellphone” in Charlie Chaplin’s film, is most likely holding a very early hearing aid receiver, while the “working part” will be hidden in her purse or worn around her neck,and is not visible.

The supposed “hipster” photo, with a man in much more casual dress than those around him, can still be explained as his sunglasses, letter sweater, and so on were indeed available at that time, though his casual appearance is surprising.

So, the question comes, how would they tell us in such a way that we would believe them?

Or are time travelers among us, but very good at historical research, so we don’t notice?

I think it is best to keep an open mind, but we need to not be so open minded our brain drops out.

Anyone claiming to be a time traveler must sadly bear the burden of proof: present a piece of ceramics dated to today, than can be radioactively dated to be a few hundred years old, perhaps. (This may be the most convincing.)

Or a modern book that dates this way, for instance.

Otherwise, it just makes more sense that they are pulling a scam, or are simply delusional.

Without solid proof, we will never know with 100% certainty that we haven’t dismissed the claims of the first true time traveler, guaranteeing there won’t be a second.

Do you believe time travel is possible?

Jeff Overton
I&#39;m not sure of time travel, but I do think there may be parallel worlds. I have a very vivid memory of some thing in my childhood that everyone says didn&#39;t happen. It was something that would have made the papers in my home town, but no one I&#39;ve talked to remembers it. All of my family are gone so they can&#39;t help.

Elsy O. Stromberg
How could you go into the future if it hasn&#39;t happened yet?

Susan Golebiewski
I would never doubt that there is another time where some are able to travel. There is so much we don&#39;t know.

Robert Snow
We are all just time travelers !!

dcboyden
This makes me think of Old Testament stories of the israelites being saved in the last minute. How did GHod do it. Leaves the door open for all kinds of possibilites.

jack patti go
I am not very open to yhese kinds of things!

John New
Einstein proposed that time and space and energy are intrinsically linked and are really all energy, therefore by changing one part of the equation you would have to alter the others too. So, it could not work as it is not a real entity, only an aspect of the space time continuum which we exist within. So put that in your pipe and smoke it!

wyodinosaur
I want to believe in time travel. And I think it might be happening. But, there is always the need for some kind of proof.

Perk
Love the tv show Timeless. Too bad it is gone. 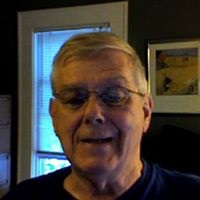 Thomas Cole
I am a doubting Thomas, so you would really have prove it to me.

Larry Hughes
If you went back or forward in time right now, even for 10 minuets, you would find yourself adrift in space, the planet, the solar system, the galaxy are moving at thousands of miles an hour. Back in time and the planet has moved on, forward in time the planet isn&#39;t there yet. Even if position wasn&#39;t a problem, if you changed even one minor thing in the past the conditions that caused you to go back in time might not exist, if you go forward, any information you bring back might change things so that the information you brought back is worthless. So if you find a way to observe the past they must never know, if you observe the future it might never happen.

abimiabim
Man invented time thus time travel is possible because they are both made up. Susan Sharpe Herard
I would say anything’s possible but there so much scam out there. Hollywood has played this theme numerous times but never to the betterment for mankind. Betterment would a stable cure for diseases and affordable renewable power sources. Understand these are most likely already out there but the powers that be have to exploit and take credit for it first. Human nature repeating itself as always.

Ron Jordan
Good scifi subject. I love time travel stuff and wrote about it. But not sure about actually being able to. Both pros and cons like who would go and what they would do and for what reason? Just to forward and back because it is known to be possible or to say kill Hitler and prevent ww2?