At what point is a human considered officially dead? 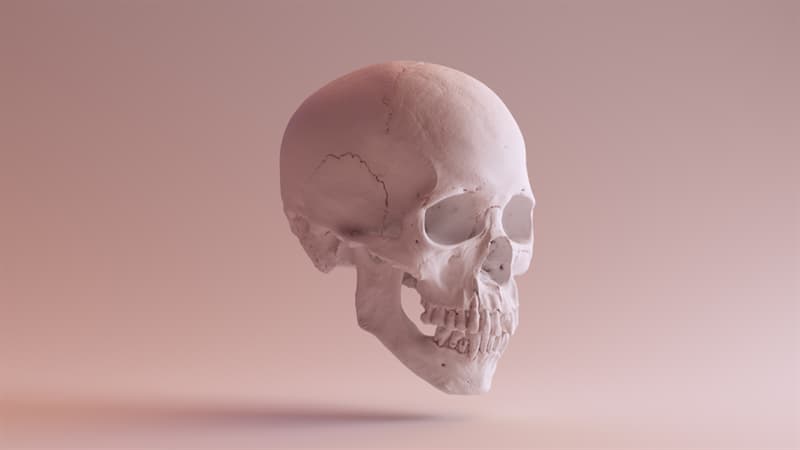 Legally, you are not dead until someone says you are dead.

You can be pronounced or declared dead. Each state in the USA has its own statutes that cover this. Typically a doctor or nurse can pronounce, and everyone else (police officers, EMT’s, firefighters) will declare death.

One of the hardest parts of my job is estimating the PMI- the Post Mortem Interval. This is the amount of time that has elapsed since your biological processes have stopped and you were pronounced.

We use several methods to determine this- rigor mortis, algor mortis, palor mortis, stage of decomposition, insect activity, etc. But they are all an educated guess, and most coroners or medicolegal death investigators will tell you “sometime between the last credible witness of when they were alive and when they were pronounced.”

But any estimate given is in a time span of several hours to days. It is not like TV and movies where they narrow it down to minutes.

But the time listed on your death certificate is the time you were pronounced. If you were in the hospital, this most likely will be at, or very close to, the time your biological processes stopped- your heart stopped beating or breathing stopped. It could also be when you are declared “brain dead.” Brain death requires several specific tests, and it usually has to be done by more than one physician.

If you are not in the hospital at the time of your death, then it will be when someone finds you.

This can cause some legal issues with regard to inheritance, but that is usually determined in court. The death certificate will not be amended- as your time of death is when you are pronounced.

For example, neighbors report to police the sound of a gunshot. Police go and find Joe Brown with a SIGSW (self-inflicted gun shot wound), he is still warm and it is obvious that this just occurred. Medics come in and declare the death at 07:30 hours. Police are investigating the scene and several hours later find his wife decomposing in the basement (or solidly frozen in a freezer). Police don’t even call in medics, they declare her at that time. The wife’s time of death will be on the same date at 10:45. Obviously she has been dead much longer- but the time of death on the death certificate is when she was found.

Now let us assume they are wealthy, and both have children from earlier marriages. Then you can have a whole legal battle on your hands!

Have you known this before or is this information new to you? Tell us in the comments below!

Tim Gaines
My immediate answer was &quot;When they vote Democrat.&quot;

Fatratbrown
Would you jackasses leave politics out of at least this!! I play this to get away for a while. hoke garnto
I never knew this, but I now know why my wife that passed away on March 10, 2004 was not declared dead until the hospice nurse got out to our place of residence until after 12 midnight on March 11, 2004 and declared her dead. She died of stage 4 lung cancer and died between 11:00pm &amp; 11:30pm on March 10, 2004 was when I found her and could not get no response from her, so I called hospice and reported it like I was suppose to. Her date that she died on was recorded as March 11, 2094 on her death certificate.

Byron F Bingham
IAMTOPWRENCH1, the word is Quora not quota

Byron F Bingham
Fatratbrown, point of interest the jackasses are the democrats Look at their Mascot. I agree that politics don&#39;t belong here!

arkiebeader
Tim Gaines, More like when they don&#39;t vote Democrats!

portaransas
Yes when you vote Democrat.

Fatratbrown
Lynne Mills, stay out of it, you&#39;re better off that way. They are real WANKERS or BLOODY JOHN THOMAS&#39;

cfkjrivera
Cal Sears, nope the Republicans have the sense the other party have become insane now!! My mother in law change parties because she saw the insanity of the Dems!

positivelife
Love the comments. A bunch of comedians