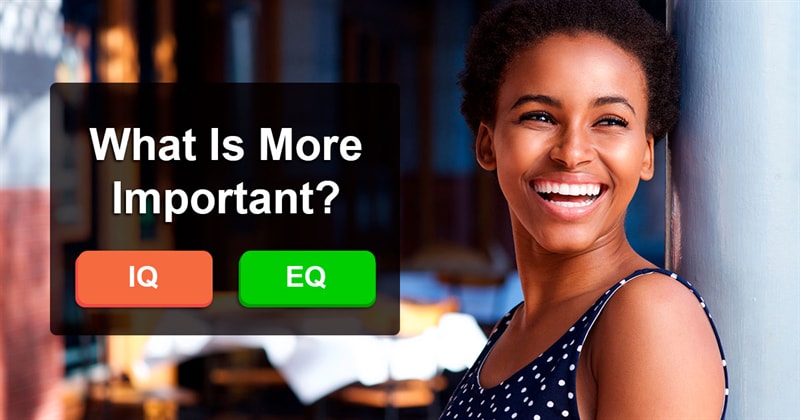 What is more important for a student to achieve success — book intelligence or emotional intelligence?

Which one — cognitive intelligence (IQ) or emotional intelligence (EQ) — is going to take you further in both in career and in personal life?

For many decades a high IQ was often viewed as a guarantee that a person will fare well in life. However, these days what is called “street smarts” is viewed as more important. Let’s take a look at how these two Qs are different.

The Origins of IQ vs. EQ Debate

Another psychologist, Howard Gardner, suggests that humans have several intelligences which explains why people have strengths in certain areas, for example, being brilliantly educated yet lacking compassion.

This explains the need to step aside from viewing general intelligence as a key factor in career and life success in general, and focusing on how well the person can understand and express emotions and cope with their own feelings.

IQ, or intelligence quotient, is a number derived from a standardized intelligence test. The first Intelligence Quotient (IQ) test is attributed to the French psychologist Alfred Binet who, in the year 1905, published the first modern intelligence test. The first IQ test was designed to identify children who needed special help in coping with their school. A refinement of the first IQ tests was published in 1916 from Stanford University by Lewis M. Terman. David Wechsler published the first IQ test which was explicitly designed for an adult population in 1936. IQ levels can help identify certain criteria for the future of a person. The test can measure the general knowledge of the world, visual and spatial processing, working memory and short-term memory, as well as quantitative reasoning.

However, there are multiple failure points associated with IQ tests. The simplest is that our mental performance varies on a daily basis. If, for example, you take an IQ test on a bad day, you might get a biased and untrue result of your real IQ.

According to psychologists Peter Salovey and John Mayer, emotional intelligence is "the ability to perceive emotions, to access and generate emotions, to understand emotions and emotional knowledge, and to reflectively regulate emotions so as to promote emotional and intellectual growth." In layman's terms, it measures the extent to which we are:

Emotional intelligence is also measured through standardized tests and the result of these tests is called the Emotional Quotient (EQ). The higher your EQ is, the better.

However, unlike the Intelligence Quotient (IQ), which is often fixed by the time you reach a certain age, most scholars and psychologists believe that EQ is malleable and can be enhanced and learned, not without certain paper help. In some schools in the United States, social and emotional learning even became a curriculum requirement.

EQ may not be as well-known as IQ, yet many experts deem it as more important than IQ. Why? Studies show EQ is a better predictor of success, quality of relationships, and happiness of a person. It is evident everywhere and is critical in all aspects of life, starting with their high school admissions. Have you ever heard someone make statements like these: "Wow, what a positive person! He will surely achieve something great in life!" or "She is very caring and sociable. She is such a great boss." These comments illustrate that when a person has high EQ, even when the person does not know it, he or he is seen and felt by others. These types of individuals will most likely attain success. So, why is EQ important to everyone?

It is undeniable that people who know how to build positive relationships with other people will most likely be successful in their fields. Studies show that workers with high EQ can work harmoniously in teams and adjust to change. No matter how intelligent you are, if you have low emotional intelligence, you may find the path to success a struggle. However, there is good news. You can improve your EQ skills at any age and regardless of past behavior.

If you have a high EQ, it means you are self-aware, meaning you understand your strengths, admit your weaknesses, and understand how your actions will affect other people surrounding you. Your high EQ allows you to take these criticisms as an opportunity to improve your performance. High EQ also means high self-motivation. A self-motivated person is optimistic and is driven by what really matters to him/her. Who would not want a self-motivated person around?

EQ is connected to how we control both our positive and our negative emotions. Think back to some of the decisions in your life you are not proud of. Ask yourself how many of them related to a lack of self-control or a lack of impulse control? The answer may be surprising. Having a high EQ means being able to control yourself in all situations.

IQ still remains an important element of success, especially in measuring academic achievement. People with high IQs tend to do well in school, often earn more money, and appear to be healthier in general. But, a high IQ is no longer a decisive factor in a person’s life success.

What do you think is more important: IQ or EQ?

Cheryl McMeekin
You need both in today&#39;s society, to survive.

muliaaqq
best gambling website and safety only at https://qqmuliaa.com join and get many prize and bonus

jude h
I believe both are equally important. You need IQ to figure things out and EQ to function with other people.

zewclouds
Emotional Intelligence. I love you daddy. I miss you. Rene Colmenares
Both are necessary to day to deal with the demands of life.

ninakamwene
BINGO! IQ+EQ= $ucce$$. I totally concur with this article. I am about 60/40. Common sense is really not that common, since it requires EQ. Thank you.

Don Racette
Celeste Thomas Your husband told me YOU don&#39;t have an IQ. 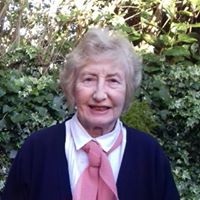 Charlie Dunifer
I think iq represents our physical side and eq our spiritual !

Sean Case
Right Edda Sullivan! You need 1 to negotiate the other!

Yousuf Shahid
EQ all the way.