Does Einstein's theory of relativity imply that interstellar space travel is impossible? 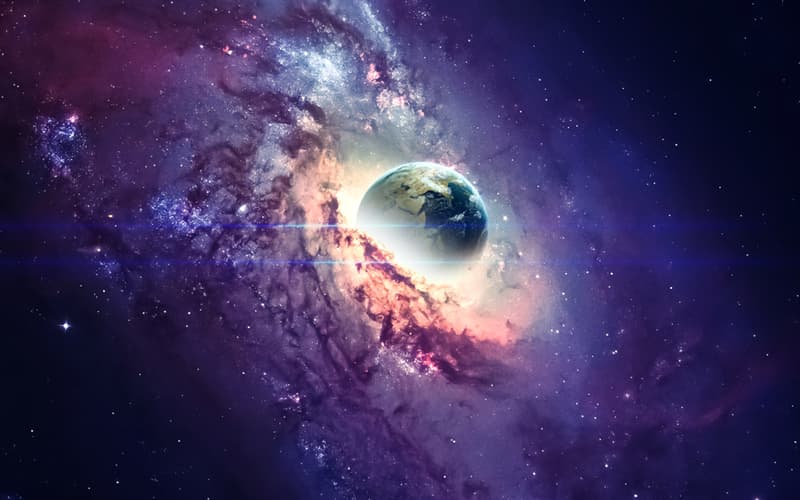 The opposite. It makes interstellar travel possible, or at least possible within human lifetimes.

The reason is acceleration. Humans are fairly puny creatures, and we can’t stand much acceleration. Impose much more than of acceleration onto a human for an extended period of time, and we will experience all kinds of health problems. (Impose more and these health problems will include immediate unconsciousness and a rapid death)

And to travel anywhere significant, we need to accelerate up to your travel speed, and then decelerate again at the other end. If we’re limited to — say — for extended periods, then in a non-relativistic, Newtonian world, this gives us a major problem. Everyone’s going to die before we get there. The only way of getting the time down is to apply stronger accelerations, so we need to send robots, or at least something much tougher than we delicate bags of mostly water.

But relativity helps a lot. As soon as we get anywhere near the speed of light, then the local time on the spaceship dilates, and we can get to places in much less (spaceship) time than it would take in a Newtonian universe. (Or, looking at it from the point of view of someone on the spaceship: they will see the distances contract as they accelerate up to near light-speed — the effect is the same, they will get there quicker.)

Here’s a quick table I knocked together on the assumption that we can’t accelerate any faster than . We accelerate up at that rate for half the journey, and the decelerate at the same rate in the second half to stop just beside wherever we are visiting.

You can see that to get to destinations much beyond 50 light years away, we are receiving massive advantages from relativity. And beyond 1,000 light years it’s only thanks to relativistic effects that we’re getting there within a human lifetime.

Indeed, if we continue the table, we’ll find that we can get across the entire visible universe (47 billion light-years or so) within a human lifetime (28 years or so) by exploiting relativistic effects.

So, by using relativity, it seems we can get anywhere we like!

First, the effect is only available to the travellers. The earth-times will be much much longer. (Rough rule to obtain the earth-time for a return journey, double the number of light years in the table and add 0.25 to get the time in years). So if they return they will find many thousand years have elapsed on earth: their families will live and die without them. So, even we did send explorers, we on earth would never find out what they had discovered. Though perhaps for some explorers, even this would be a positive: “Take a trip to Betelgeuse! For only an 18 year round-trip, you get an interstellar adventure and a bonus: time-travel to 1300 years in the earth’s future!”

Second, a more immediate and practical problem. The amount of energy it takes to accelerate something up to the relativistic speeds we are using here is — quite literally — astronomical. Taking the journey to the Crab Nebula as an example, we’d need to provide about of kinetic energy per kilogram of spaceship to get up to the top speed we’re using.

That is a lot. But it’s available: the Sun puts out , so in theory, you’d only need a few seconds of Solar output (plus a Dyson Sphere) to collect enough energy to get a reasonably sized ship up to that speed. This also assumes you can transfer this energy to the ship without increasing its mass: e.g., via a laser anchored to a large planet or star; if our ship needs to carry its chemical or matter/anti-matter fuel and accelerate that too, then you run into the “tyranny of the rocket equation” and we’re lost. Many orders of magnitude more fuel will be needed.

But I’m just going to airily treat all that as an engineering issue (albeit one far beyond anything we can attack with currently imaginable technology). Assuming we can get our spaceships up to those speeds, we can see how relativity helps interstellar travel. Counter-intuitive, but true.

Do you believe that humans will be able travel to other planets?

tdelisi
And on the news today, it seems as we have found a way to generate excess nuclear fusion energy - so who knows what may be on humankind’s horizon???

dmarkc
Ian Swindale, I think the implication here is we would if we could, but we can&#39;t, so we won&#39;t. That is physics.

dmarkc
Early on, I thought the only, slightly reasonable method would be using a thin foil &quot;sail&quot; and aiming a light source at it. The mass of the light would &quot;push&quot; the sail faster until it attained the same speed as the light (ie, the speed of light). Stopping? Feel free to jump in here. Ken Breedlove
They did it in Spaceballs.

Ken Breedlove
Fascinating. Thanks you for sharing.

Karyn Mauro Rexelle
Thank you for the interesting explanation! Robert L Hutchison
It&#39;s easy to make interstellar flight but not in a human lifetime! What is needed is what they call multi-generation ship.

George Oliver Prince
You mean all those space movies I watched as a kid were wrong?

Marian Spitzig
No thank you.

ninakamwene
YES! Other planet or interstellar travel is done by the mind; our physical bodies are not equipped to do it. Our consciousness travels all the time, we just do not realize it. It is all about the mind not the brain. I love Albert Einstein. Here is a quote from him: &quot; Everything is energy, and that is all there is to it. Match the frequency of the reality you want, and you can not help but get that reality. It can be no other way. This is not philosophy. This is physics&quot;.

Perk
Someone has to develop warp technology.

fishrmn
Not going to happen. also not taking into consideration the time it takes to get to lightspeed and the stresses on the body and time and back.

Kk
No idea, lost me way back in the beginning. Cynthia Szutka
Way over my head too