Does having allergies mean that you have a decreased immunity? 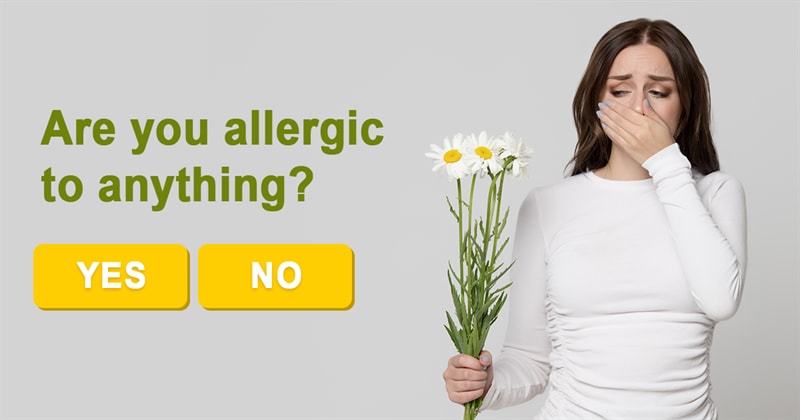 Quality and target of immune responses and not their strength is the core issue in allergy. Let's see how.

If the immune response of each allergic person is selectively distorted when responding to specific allergens, what makes someone allergic? Obviously a mix of genetic and environmental factors.

Thing is allergy prevalence has spiked in recent decades, especially in developed countries. Too short a time period for purely genetic mutation-based changes to be the sole cause since that would take multiple generations to have such a population wide effect. That tilts the balance towards environmental change but what specifically?

Starting in the 1960s, epidemiologists began reporting a link between infections and allergy – more infections in childhood, less the allergy risk. Back then microbiota weren't even a consideration but now we have learned better so the Hygiene Hypothesis has expanded to include them.

Essentially, the idea is that the current Western style of living that rapidly developed over the 20th century fundamentally and dramatically reduced lifetime and crucially, early life exposure to environmental microorganisms, many of which would have normally become part of an individual's gut microbiota after they were born.

How could gut microbiota composition changes lead to selective allergies in specific individuals? Genetic predisposition should be taken as a given. However, natural history suggests that such predisposition transitioned to a full fledged clinical condition much more rarely in times past.

Let’s briefly consider how that equation might have fundamentally changed in recent times. Consider indoor sanitation, piped chlorinated water, C-sections, milk formula, ultra-processed foods, lack of regular contact with farm animals (as a surrogate for nature) and profligate, ubiquitous, even excessive use of antimicrobial products such as antibiotics, to name just a few important factors.

Though some of these were beneficial in their own way, epidemiological data now suggests that such innovations in living conditions also disrupted the intimate association with the natural world that had been the norm for human societies since time immemorial. In the process such dramatic changes appear to have profoundly reduced human gut microbiota diversity among many, mostly in developed countries.

Unbeknownst to us, an epidemic of absence*, as Moises Velasquez-Manoff evocatively puts it, has thus been invisibly taking place across many human societies over the 20th century in lock step with specific changes in living standards.

Such sudden and profound reduction in gut microbiota diversity thus emerges as the trigger that flips the normally hidden predisposition in some into clinically overt allergy. Actual mechanics of the process remain the subject of active research.

Have you ever thought about the nature of allergies?

skclary
My allergies developed as an adult but I have an autoimmune disease which doesn&#39;t help and I&#39;m 65 now.

Robert L Hutchison
When I was younger I had terrific hay fever but as I grew older, they diminished a lot but every once in a while, I get an attack, but I have trouble deciding if it&#39;s hay fever or a cold!

Shawn Kennedy
Karin Johansson, When i was a Little boy i was allergic to Grass BAD. BUT, I Prayed to God in Heaven to take it a-way for me. Since then. NO Allergies.

Karin Johansson
I am allergic to grass but has worked as a garden worker and also has a garden at home where i cut the grass. David Holmes
I have now allergies that I know of. Eileen Leonard Cassidy
I believe that the preponderance of allergy like symptoms in people who have never exhibited allergic reactions before is directly caused by the use of leaf and debris blowers by the ubiquitous landscapers!