What are some mind-blowing facts about space? 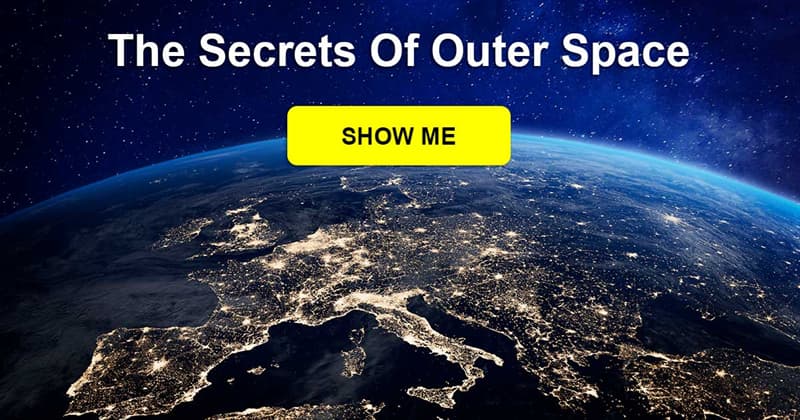 1. Earth is the only known planet to harbour life.

2. The biggest known star in the universe is UY Scuti.

4. SWEEPS-11 is the most distant known exoplanet located 27,710 light years from Earth.

5. TrES-2b is the darkest known planet in the universe reflecting less than 1% of the light that hit it.

7. Voyager 1 is the most distant space probe from Earth at a distance of 13 billion miles.

8. Alien life is statistically very likely to exist, however so far there is no evidence of life beyond Earth.

9. One light year is equal to around 6 trillion miles in distance.

10. The Boomerang Nebula is the coldest known place in the universe with a temperature of -272 degrees celsius.

12. Alpha Centauri is the closest star to Earth beside the sun at a distance of 4 light years.

13. Billions of years in the future the Sun will expand into a red giant and consume the inner planets Mercury, Venus and Earth.

15. Soviet cosmonaut Yuri Gagarin was the first man to fly in space.

16. There are rogue planets which drift through space instead of orbiting a star.

18. The icy moons Europa and Enceladus may have subsurface oceans that harbour alien life.

19. The hottest known exoplanet is KELT-9b with a temperature of 4600 kelvin.

23. There are more stars in the universe than grains of sand on Earth.

25. American astronomer Eugene Shoemaker was the first person to be buried on the moon.

26. The New Horizons probe is carrying the ashes of Clyde Tombaugh, the man who discovered Pluto.

27. Each star has a goldilocks zone which is the distance where a planet could have liquid water and support life.

28. Humans can survive brief exposure to the vacuum of space.

29. Russian cosmonaut holds the record for longest continuous stay in space at 437 days.

30. It might rain diamonds on the gas giants Jupiter and Saturn.

31. Moon dust smells like gunpowder or wet ashes in a fireplace.

32. Scientists estimate that the asteroid belt contains up to 1.9 million asteroids larger than 1 kilometre.

33. Pizza Hut is the only company to have delivered pizza into space.

34. Our solar system accounts for less than a trillionth if the matter in the universe.

35. In about 4 billion years the Milky Way and Andromeda galaxies will collide.

36. One million Earths could fit inside the Sun.

38. There are more volcanoes on Venus than on any other planet in our solar system.

39. We know more about space than we do about the bottom of the ocean.

40. Light takes 8 minutes to travel from the Sun to Earth.

41. There are approximately 200 billion stars in the Milky Way Galaxy.

42. There are three main types of galaxy which are spiral, elliptical and irregular.

43. The Andromeda Galaxy is the closet galaxy to us at a distance of 2.5 million light years.

44. Coca-Cola was the first drink consumed in space.

46. The first artificial satellite ever launched into space was called Sputnik.

47. There are five named dwarf planets in our solar system. Ceres, Pluto, Eris, Haumea and Makemake.

48. Red Dwarf stars can burn for up to 10 trillion years.

49. The Hillary and Norgay montes on Pluto are named after the first climbers to scale Mount Everest.

50. Saturn would float in water due to its low density.

Which facts seemed the most surprising to you?

Lydia Coutts
I’m confused by the contrast of #22 “The moon is 400 times smaller than the sun” and #36 “One million Earths could fit inside the sun”. If both were true wouldn’t the moon be absolutely enormous compared to Earth? Or is my complete hopelessness with maths failing me as usual? 🤔

Darlene Davidson
So many facts, so much to absorb.

Lord Byron
One typo: 34. Our solar system accounts for less than a trillionth if the matter in the universe. ... if the matter... should be... of the matter...! Doesn’t anybody proofread anymore? Spell-checkers only work if the wrong word isn’t another word that just happens to be spelled right! Get a clue!!!

magoutsiders
Well, this is what we believe right now, anyway. stellaclaude
Isn’t science amazing, tho? Thanks for this awesome info. Almost makes me wanna be an astronomer!

ninakamwene
Meowsome and excellent learning trivia. # 35 Milky Way and Andromeda colliding in 4 Billion years. What A Big Bang that will be! Thank you Quiz Folks. denniscware
If microbes were found on Mars, isn’t that life on other planets? Cathie Roth Lonnquist
Colleen Weaver, I question whether these are facts or conjecture.

Cathie Roth Lonnquist
When did we bury a human on the moon????? This was interesting but left me with more questions than answers. I question how many of the statements are true and can be supported with verifiable facts and how many are theory or conjecture. It would be nice if you could take 2 or three of the statements made in this presentation each day and expand on them. Give us some information that would substantiate the statement. It might take an entire month to give all of the above statements adequate coverage. Merritt Jones
There are obvious errors in these “facts”. You cannot have light traveling for at least half of 93 (46.5) billion years in a universe that is only 13.8 billion years old. Be very careful in quoting any facts from this source. They are not rigorous in their research and they are careless in their presentation. This has also been true many times in the past.