What would humans be like if they were 4D? 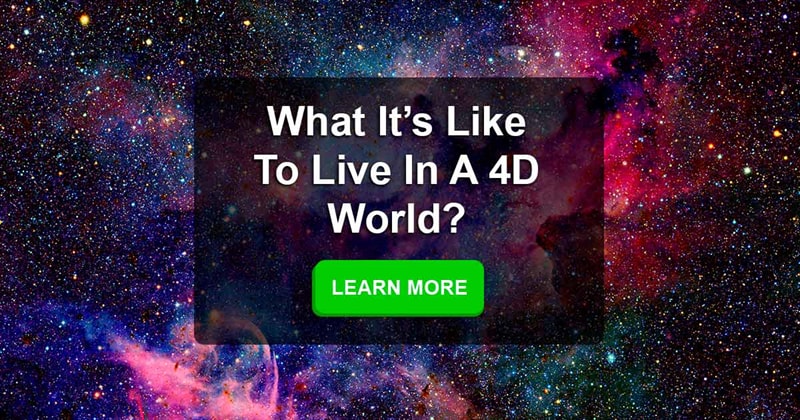 To look at the specifics of the effects a fourth-dimensional space would have on the human body, let’s start with what we know in our three dimensions.

If we’re being picky, we technically live in a “3+1” dimensional universe. That means we have three physical dimensions, along with another one, which represents time.

So, assuming we’re moving a human to a 4+1 dimensional universe, and assuming we don't already live in 3+ dimensions, there would now be four directions one could travel in, all perpendicular to each other.

The effects of this on the universe are extremely hard to visualize, but in a four dimensional space, we’d be able to find/construct objects such as this: This is a figure that just doesn’t work in our 3D world.

Sure, you can construct the figure above, but it would be something like drawing a dog on a paper and claiming to have constructed a real dog. The figure just doesn’t work without an extra dimension to move in, and therefore any possible “4D” structure we make in a 3D world would be a mere shadow of a true 4D figure.

So let’s get to the actual question.

What would humans be like if they were 4D?

If we were all transferred to the fourth dimension, there would be too many things that could kill you to count. For the sake of brevity, I’ll list out all the ways a human would be instantly mutilated, suffocated, and crushed upon entry of the 4D space.

All laws of physics would still hold true, waves would still exist (but behave differently), and the fundamental particles would all exist. What changes is how they interact with each other.

The atomic structure of all matter would be wildly different. Atomic orbitals would hold more electrons, and each energy level would hold 4P orbitals.

So, in four dimensions, magnesium would be a noble gas, not a metal.

Our bodies depend on the properties of these elements to survive—should they be rearranged and their properties distorted, all functions in a 3D organism would cease to exist.

Nope, now that oxygen’s electronegativity has changed, you can forget about that.

Not at all. As we discovered before, you can’t make two elements bond if their atomic numbers (number of electrons) are now greater than they were in 3D.

The effects of this?

A human would simply fall apart in a 4D space. Our bodies, our very existence, is not coherent in four dimensions. Essentially, a human would be ripped apart, atom-from-atom.

All of this is assuming that certain universal forces still exist in 4D.

How does an electron cloud behave in 4D? What about chemical reactions? What about gravity?

We can reason our way to an answer with gravity. According to all calculations we’ve theorized in our 3D universe, gravity should decrease like so:

D represents the dimension and R is the distance between objects being affected by the force.

Meaning that the balance of gravity and centrifugal forces (which form orbits) are completely different in 4D.

Look at the difference between 3 and 4. Four dimensions just don't support stable orbits.

Being from a 3D universe, and having relied on the fact that our universe will always stay 3D, we cannot survive with these strange universal forces.

The effect of the fourth dimension on atomic forces is unclear, but if we can extrapolate its effects on other forces to this one, we can assume that it would be quite different.

So: our subatomic particles fall out, our atoms break down, and if we somehow survive that, we are destroyed by the break-down of the entire galaxy, having been gravitationally destabilized.

Aside from all the mathematical stuff, we must realize that we just don’t make sense in 4D.

For example, assume the tiger below is a 2D creature. 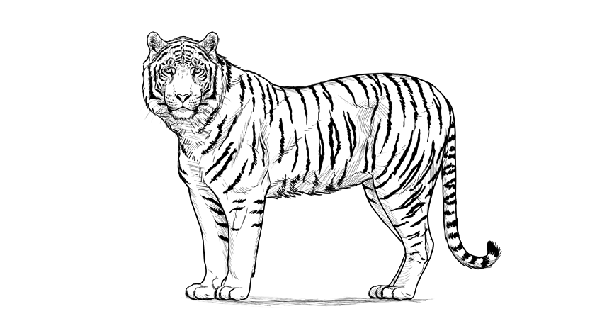 Imagine if you could bring this tiger from two dimensions into three.

The tiger now has innards and outards, but previously only had surface area. It couldn’t have had innards when it’s 2D, because “in” and “out” are not supported in two dimensions.

Therefore, if we could bring this tiger into a 3D world, it would fall apart, since it is not supported by three dimensions.

Similarly, if a human were transported to the fourth dimension, our body wouldn’t have any support, and would fall apart. Imagine there being a fourth direction you could travel in. Your body doesn’t have any 4D legs—what will stop you from collapsing into that fourth direction? Nothing possibly could. Hence, your innards, now having found themselves in a fourth dimension, would follow the path of least resistance and fall right out of your body, ultimately left to the hunger of the four-dimensional tigers.

Have you ever wondered what it's like to live in a 4D world?

Steve Tingle
Ah, at last someone not claiming time as the 4th dimension, I could never get my mind round that, I think it is not a dimension but something else, and now talking of time it is past my bedtime! Darlene Davidson
I&#39;m not ashamed to say that I did not understand any of the above.

Ian Swindale
I didn&#39;t really understand all the technical science stuff but I can see it wouldn&#39;t be good for us!!

Dani Smith
The tiger helped me to understand.

Richard Perkins
Way over my head. Maureen Whitehall
Interesting, IF, is such a funny little word, which could lead one into just about anything. Doreen Henricks
This was just a little too complicated for me to understand. Shoshana Katz
Never thought about it before. Interesting.