What are your thoughts on this subject?
237 Comments Isabel Weinberg
20/23. Not in a professional foreign book club, just British so a foreigner where Anericsns are concerned!

Marienne Litolff
19/23. Good quiz - I’m an avid reader but there were a few questions there I didn’t know the answers to. 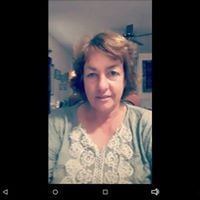 Shulamith Lotter
Not a professional book club member or have necessarily read all of them but have done enough similar quizzes to be able to do we.

Sybilla
23/23. I have read them all and some of them more than once. I still love reading &quot;Madame Bovary&quot; in French and &quot;The Shadow of the Wind&quot; in English, because I admire the translation so much.

Sybilla
Jan Shellen, it may be necessary to remember that the author, Oscar Wilde, was Irish by birth and was educated at Trinity College, Dublin, and Magdalen College, Oxford. That alone may give you an idea of why he used &quot;Gray&quot; and not &quot;Grey&quot;. It is one of the many differences in phonology, vocabulary, spelling, and grammar, between British Standard and American English. billyboy915
Sean Philips, I usually find myself in agreement, but in this instance, I must disagree. Being familiar with these books does not determine whether these books are foreign. Foreign is defined as &quot;of, from, in, or characteristic of a country or language other than one&#39;s own.&quot; Not being American has nothing to do with these authors being foreign. Unless you are from one of the countries of one of these authors, they are foreign. These authors represent a wide range of nationalities, 12 countries all told. Of the 20 authors listed, only one is from Australia, so 19 would be from foreign nations for you. 1. Stieg Larsson is Swedish, 2. Yann Martel is Canadian, 3 &amp; 22 Gabriel Garc&#237;a M&#225;rquez is Colombian 4. Albert Camus was French 5. Khaled Hosseini was born in Afghanistan, 6. Miguel de Cervantes Saavedra was Spanish, 7. Antoine de Saint-Exup&#233;ry was French, 8. Jules Verne was French, 9. Milan Kundera is Czech, 10. Daniel Defoe was English, 11. Anne Frank was German/Dutch 12. Haruki Murakami is Japanese, 13 &amp; 23 Fyodor Dostoevsky was Russian, 14. Carlos Ruiz Zaf&#243;n was Spanish, 15. Markus Zusak is Australian, 16. Oscar Wilde was Irish, 17. Mikhail Bulgakov was Russian, 18 &amp; 21. Leo Tolstoy was Russian, 19, Alexandre Dumas was French, 20. Gustave Flaubert was French.

billyboy915
Janice Ashley, Actually, in this case, only one spelling is correct because it&#39;s not only his name, but part of the title of the book. &quot;Gray&quot; is the only correct answer here.

billyboy915
Richard D. Boyle, Actually, in this case, only one spelling is correct because it&#39;s not only his name, but part of the title of the book. &quot;Gray&quot; is the only correct answer here.